The slow action of both hands’ shadow is projected on the stage screen. The BION’s hands’ action trying to grab something is impressive.

Then, a round white cloth in the stage is spotlighted. A hand appeared from the cloth, and BION. BION has long blond hair and wears a dress. His body under the clothes is covered with white cloth. 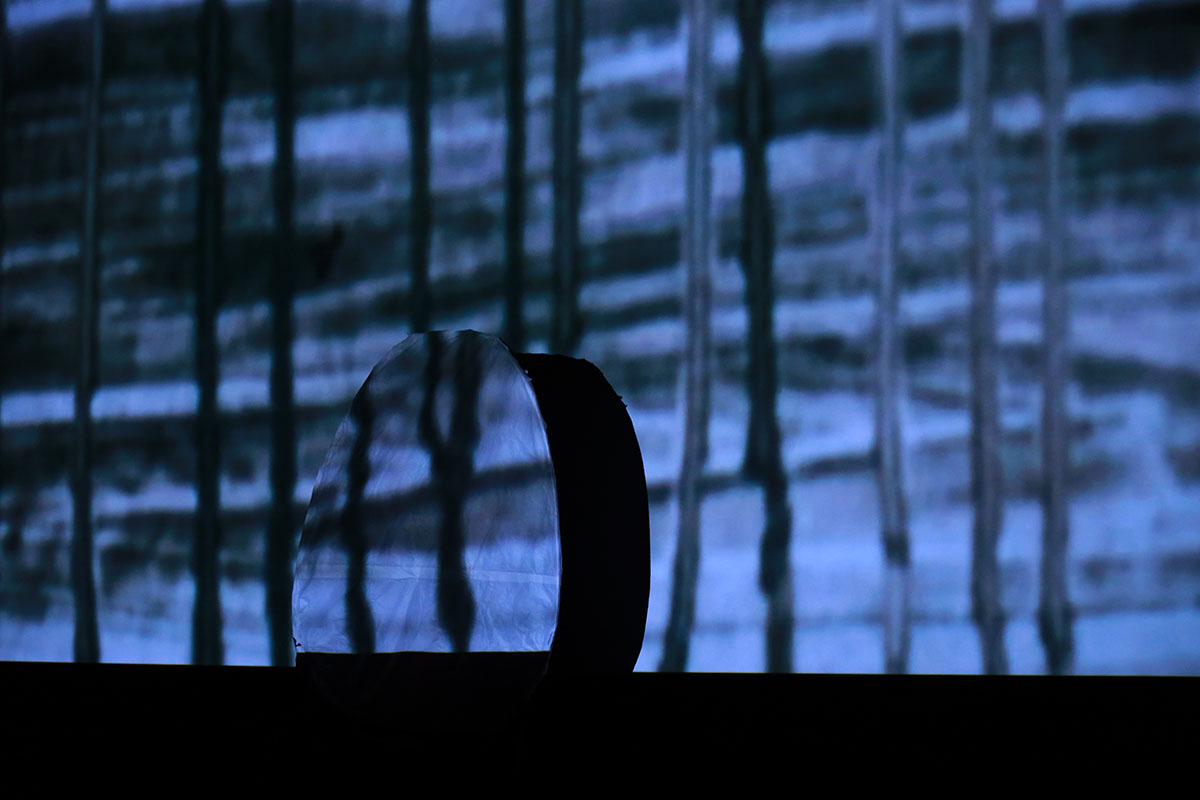 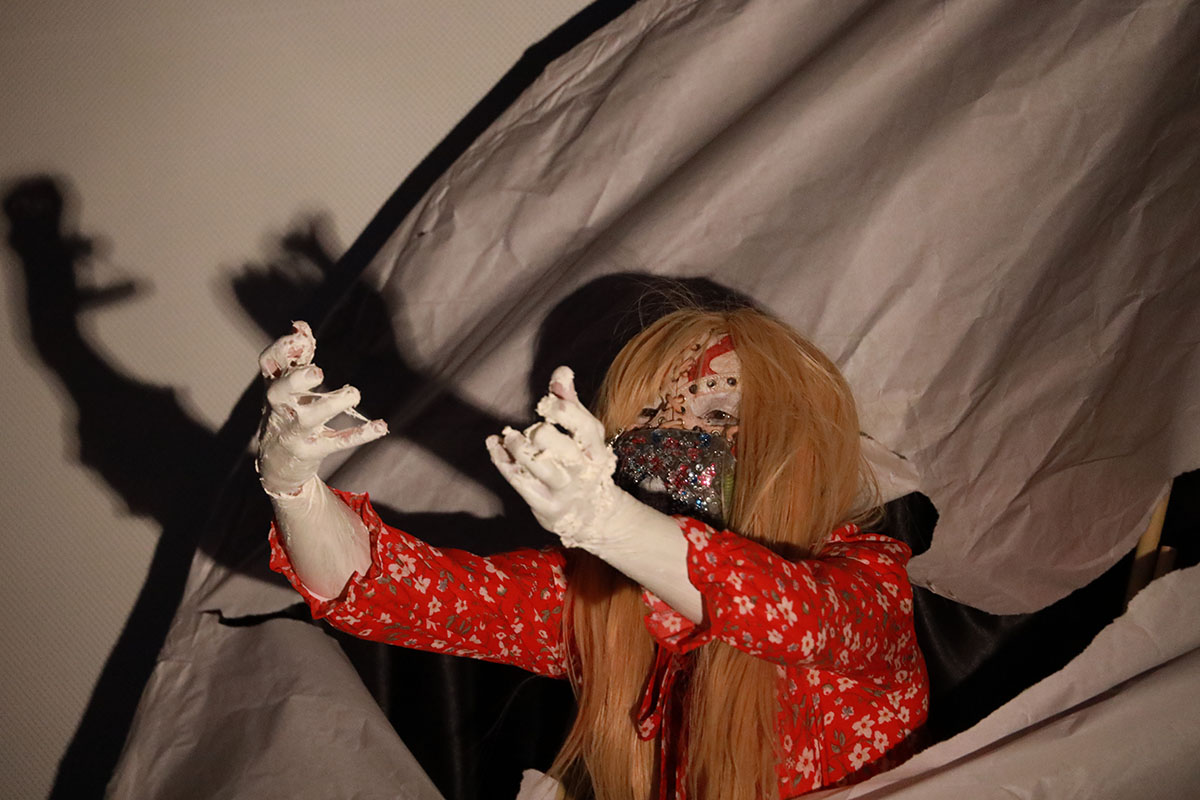 “Three, two, one”, electric sounds like a countdown echoes through the hall. “One,” BION uses the implement, which seems to be a radish, strummed like a guitar at the same time to the guitar sound. BION staggers himself slowly as if he is shocked.

The music stopped and BION sat down. He hugs himself tightly. After that, he stands up slowly again. BION grabs the white cloth wrapping his body and tries to take it off slowly. This performance appeared in the movie. He rolled up the red dress as if he showed his body to the audience. He lifts up the cloth taken off as if he exposes it to the sun. 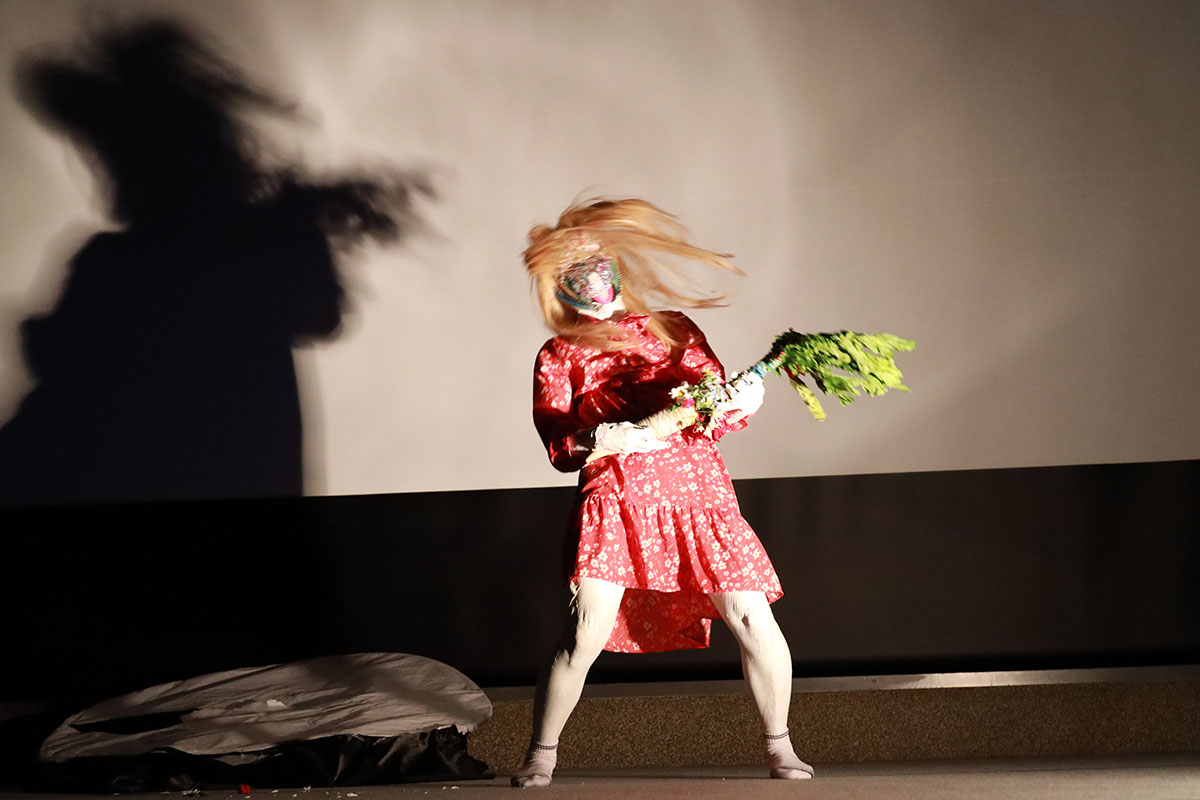 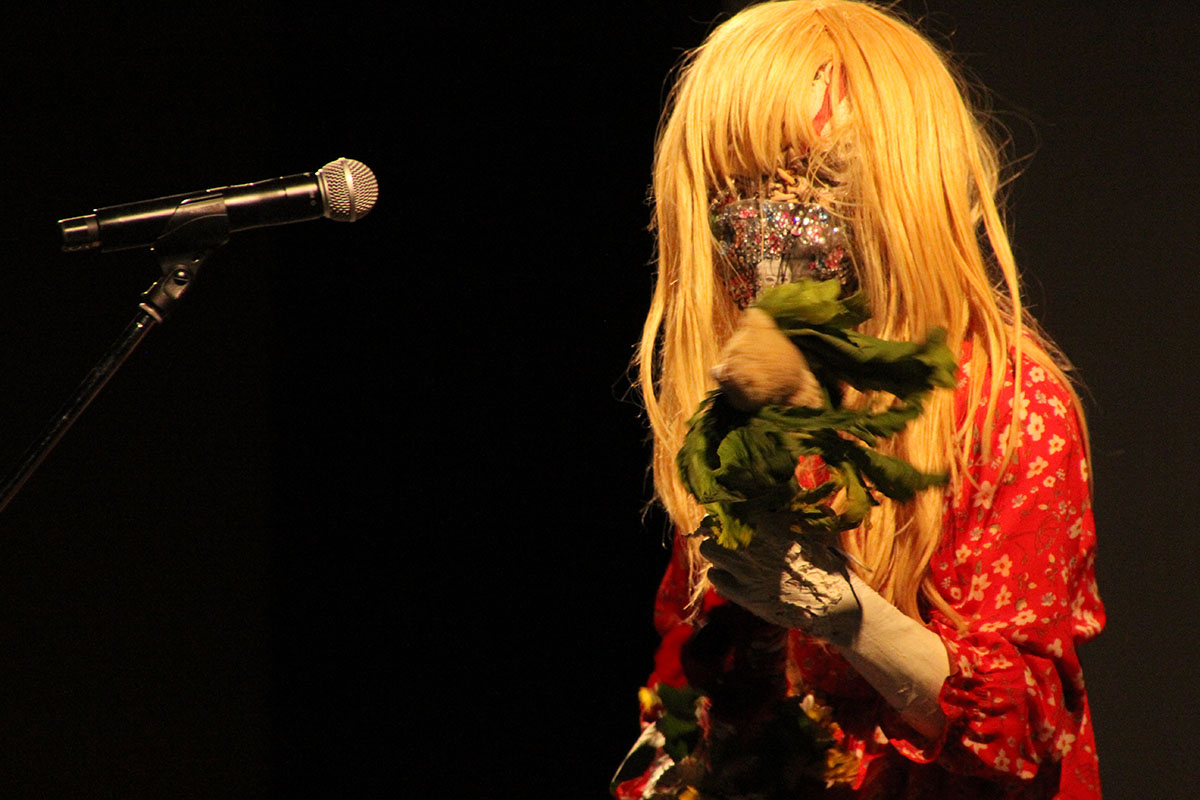 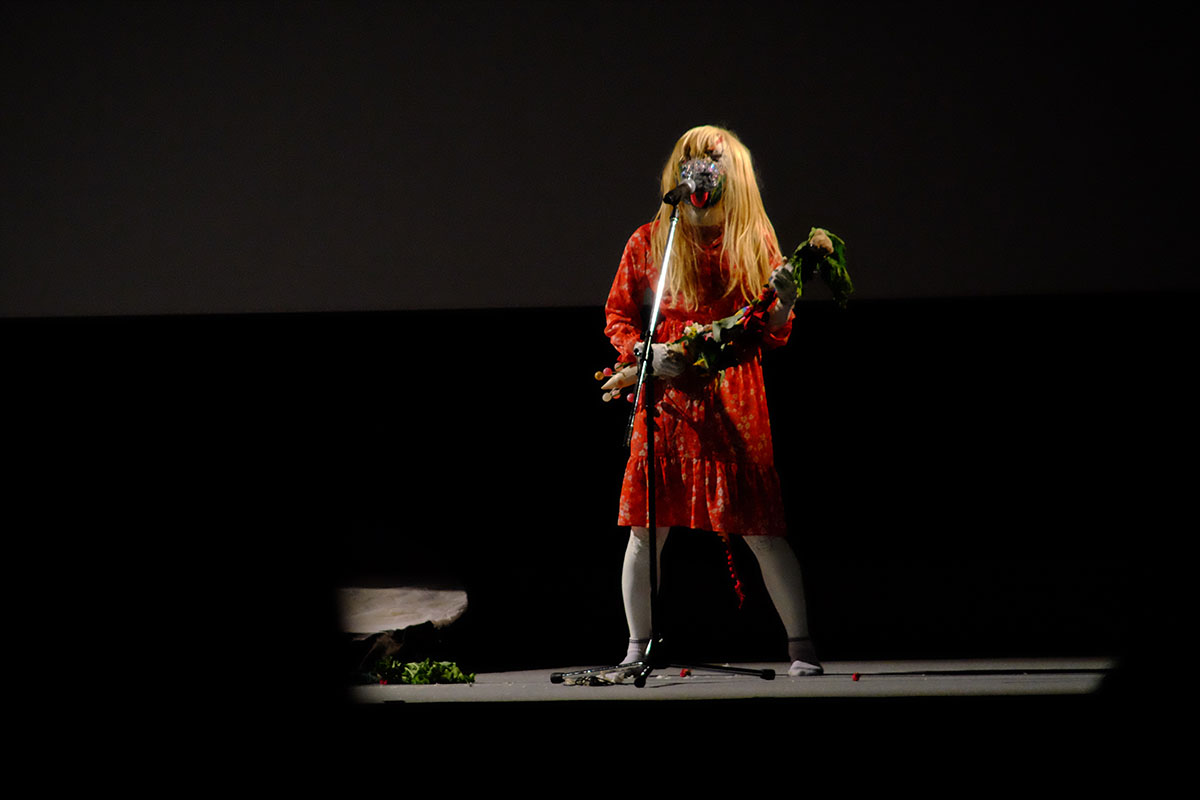 All hold their breath while they watch the intense performance. It feels as if time has stopped. Suddenly, a mike stand appeared. BION, who held the implement like a guitar, which seems to be a radish, looks like a folk singer.

“Blue sky flowers were in bloom, but I can’t live there.” BION speaks instead of singing in a plain melody, a shout echoes through the hall. “Return my springtime of life!”

When the music's over, BION said, “Thank you.” Turning from the intense view of the people that hesitated to blink, the audience applauded.

« (日本語) 『照射[原題: lrradiated]』リティ・パン監督 被爆地ヒロシマを語るトークショーThe Making of “Voices in the Wind” Viewing and Teach-in The film considerate of hurt people’s feelings »