Tweet
On Saturday, November 21, the workshop about the film “Hiroshima Piano” was held by the film Director Toshihiro Goto, the piano tuner Mitsunori Yagawa, and the art director Kyoko Heya at NTT Cred Hall No.2 at 17:00. The host was Yoko Tamada, a freelance announcer. 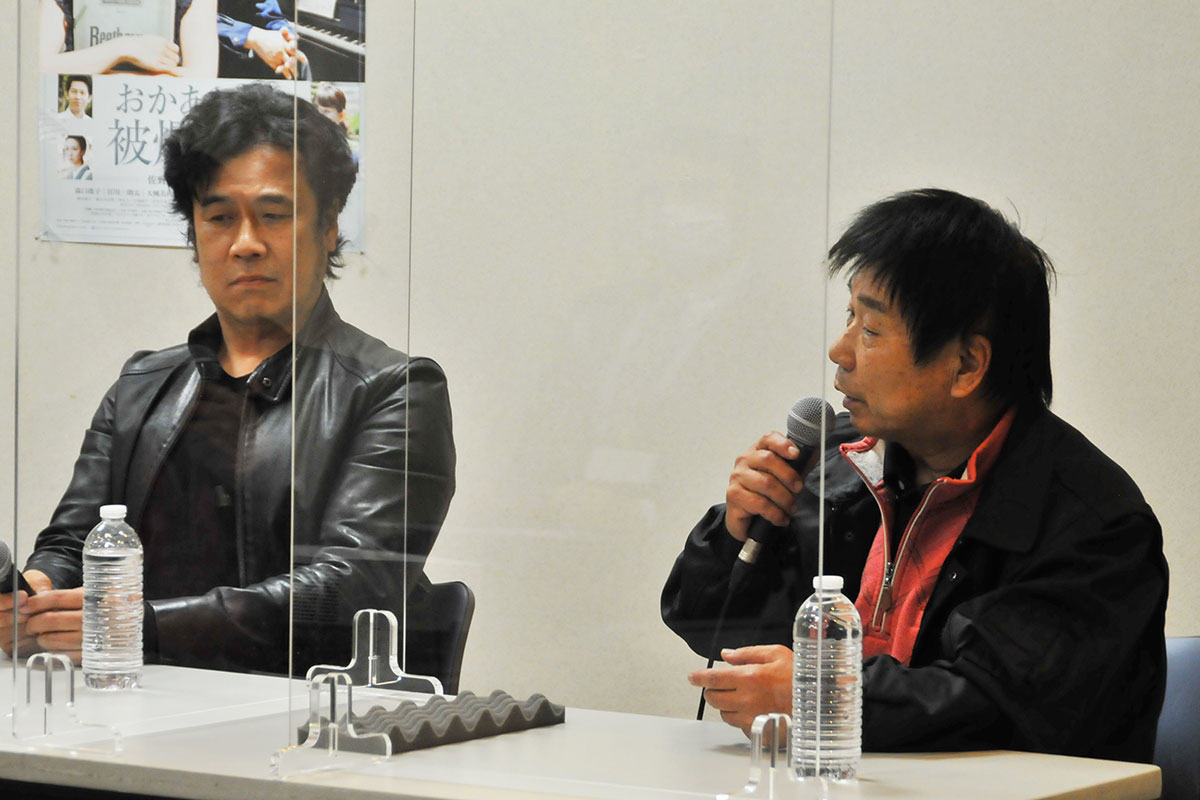 At the beginning of the workshop, Dir. Goto asked the participants, “Is there anyone who watched this film which played this morning?” Because he had already held the talk show at that time, he said, “I don’t have much story, so I’m worried if I talk about the same thing,” and it made all participants laugh. Dir. Goto was born in Nagaoka City, Niigata Prefecture and the reason why he had interest in Hiroshima was just because he has been a big fan of Hiroshima Toyo Carp, one of the Japanese professional baseball teams. He said, “I‘ll talk as much as I like if it comes to Carp.” He then regretfully got back to the story about the film. He got to know Mr. Yagawa when he took up working on an atomic-bombed piano in a documentary program. Dir. Goto had been meaning to produce a film based on this piano for 10 years and finally it has been realized. Before shooting the film, he asked the owner of the piano for his information. Then someone told him, “We must never have another war.” This easy, but important word made him think it is worthwhile to make this work. The production cost of the film was tight, and it had been bad weather when he shot a scene about when the atomic bomb was dropped. In the end, he decided to push through the shooting. However, Ms. Heya, who was born in Hiroshima persuaded him by saying, “Please never compromise.” He looked back and said, “I should have never given up as a director, but I was encouraged by other staff to do it all the way,” again making people laugh. One guest posed a difficult question to him. “Some say that if the person actually dies, he will be in the film forever. I would like to know that meaning”. Dir. Goto answered with a bitter smile, “I suppose that documentary programs will end someday, but people can see the film many times at the showing, so it does not weather away”. Before we realized it, the workshop exceeded 30 minutes, and it brought the curtain down with a calm, but grand applause. 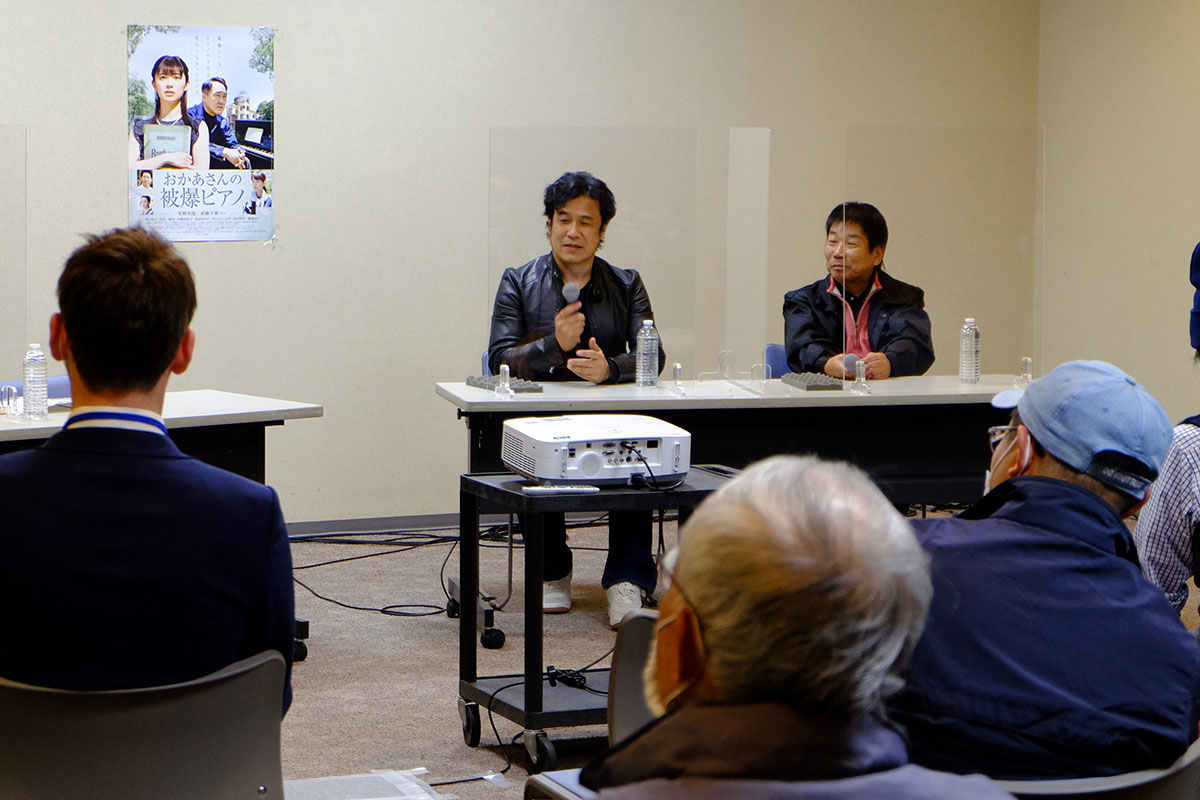 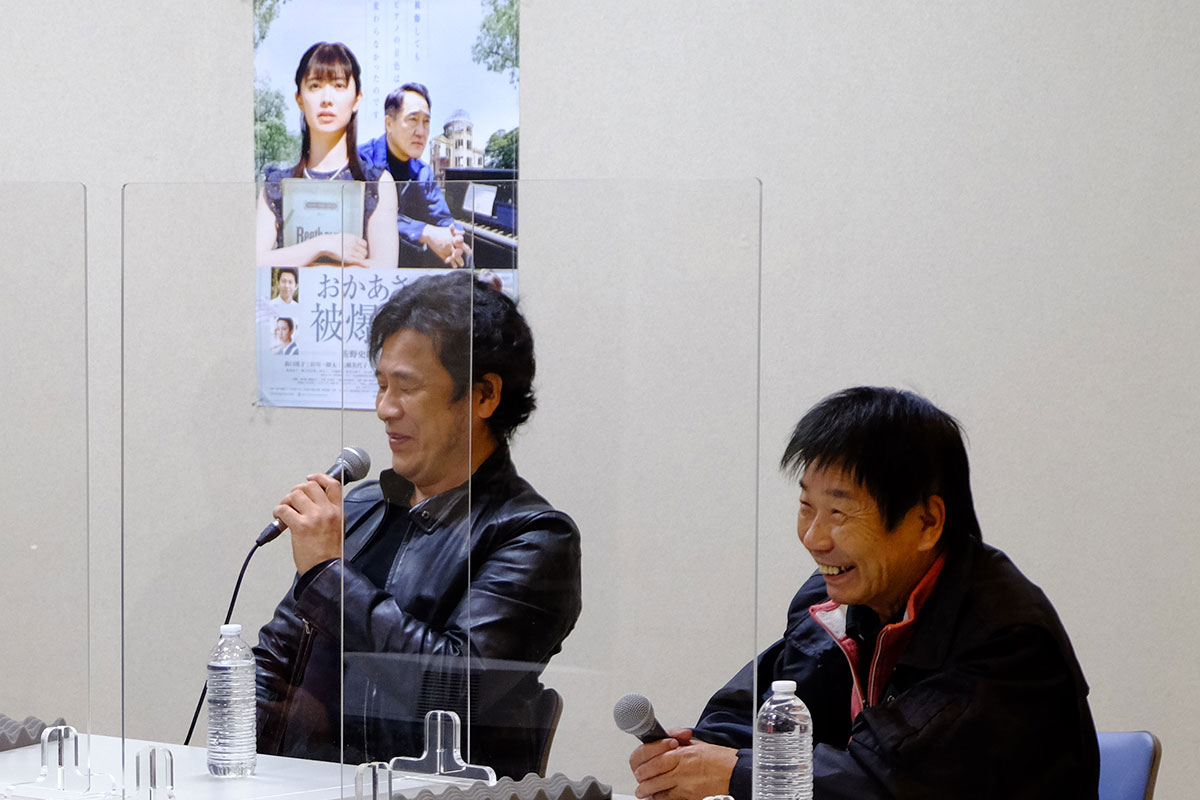 « A Talk Show and screening of “Yan”Workshop by Director Nobuhiro Suwa / Film Education in Japan: Learning from the Experiences of French Children »