Workshop by Keisuke Imamura: Striving Toward a New Approach to Visual Expression

On Saturday, November 21, Director Keisuke Imamura held a workshop. He worked as a videographer in some videos, such as “Journalist” (a film directed by Michihito Fujii) and “Lemon” (a music video for Kenshi Yonezu). Dir. Imamura talked about his idea about his first direction on a film “Yan”, relationship between Director Fujii, and his future vision in the event. 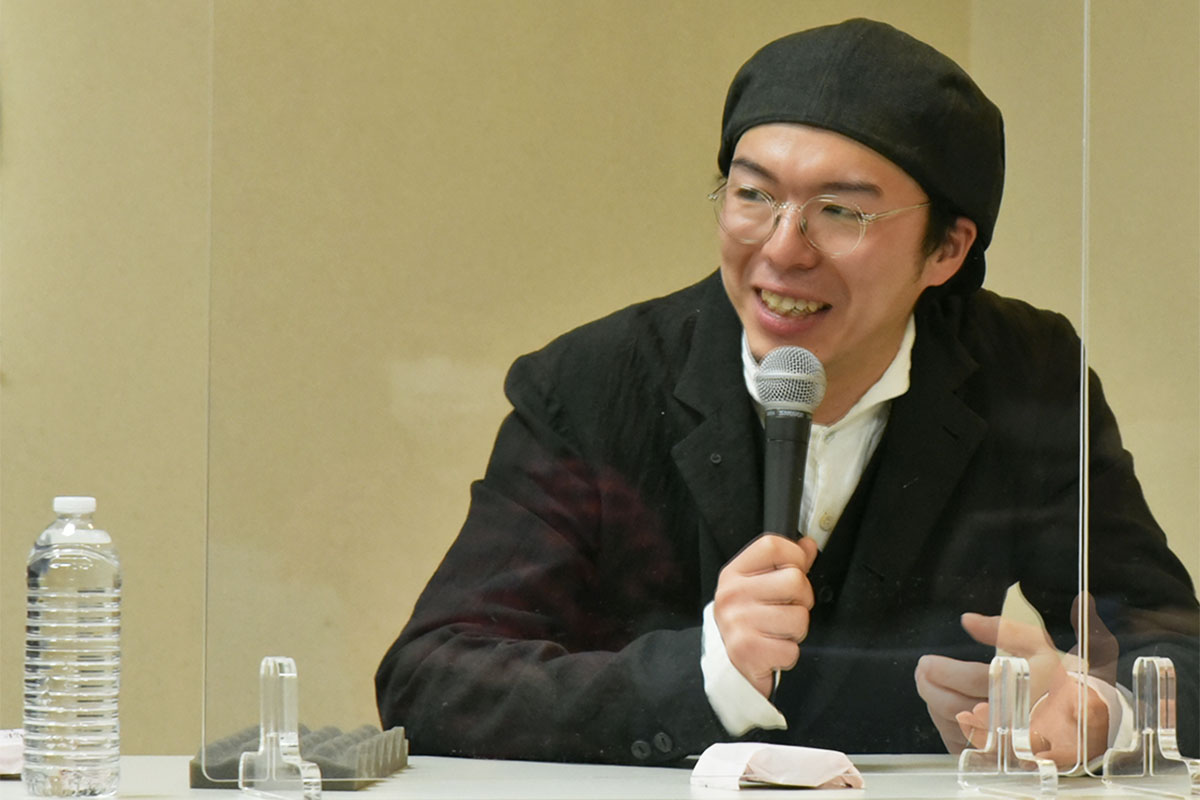 Dir. Imamura began his workshop with expressing his gratitude for the HIFF, as it has been displaying his films since he was in university. Dir. Imamura said, “It’s an honor for me to bring the first film I directed.”

Director Imamura is also known as “a backlight cameraman”, he explained “light from behind casts a shadow in front of the camera, which gives a picture an impression of depth.” He intentionally uses a backlight effect for most important scenes in a film. His comments seemed to arouse fan’s interest, on how he applied his light magic in his film “Yan”.

The topic shifted to the connection between Michito Fujii, in whose film Dir. Imamura has been working as a videographer. “I met him at a cinema study course at Nihon University College of Art. We made and deepened our friendship while I was helping him on an independent production.”

Then one of the audience members shared the impression, “It’s so wonderful that comrades in college give influence on the current entertainment industry in Japan! Isn’t it?” “It’s just coincident. We were fortunately born in a suitable period for us,” Dir. Imamura replied modestly, but happily.

He also sent words of cheer for future ‘comrades,’ “I’m so glad and excited that there are so many videographers in the young generation, whose videos are so impressive. I’m dying to see many more film creators and their works.”

He smilingly concluded the workshop by telling, “My joy is to be the first person who watches an image through a camera. And now I’ve taken a new challenge as a film director, and got so many things to learn from my team staff, even those who are not in shooting sites, like members in a publicity or casting department. I’m not sure if I’m suited for a director, but I’d love to try if I had an opportunity.”

« Thank you for a full house! “The Brightest Roof of the Universe”A talk show of “Hiroshima Piano” »