A talk show of “Hiroshima Piano”

On Saturday 21st November, film director, Toshihiro Goto and piano tuner, Mitsunori Yagawa had a talk-show at Venue no. 2 in NTT Cred Hall, after showing his film “Hiroshima Piano”.

On Sunday November 22nd, Toshihiro Goto, the film director of “Hiroshima Piano”, hosted a workshop at NTT Cred Hall No.2 at 19:00, welcoming guests such as Mr. Mitsunori Yagawa, a piano tuner who has repaired bombed pianos for decades, Ms. Kyoko Heya, The HIFF Director and in charge of the art director, Mr. Yukitomo Tochino, actor, and Mr. Masato Oki, a film director on friendly terms with Mr. Goto. In a relaxed atmosphere, the participants revealed anecdotes related to film making and expressed their feelings about atomic bombed pianos.

The main character of Goto's film was based on Yagawa. He fixes and tunes pianos which managed to survive the A-bomb. He stepped onto the stage in his work-jumper with the logo of “Yagawa Piano Workshop”. 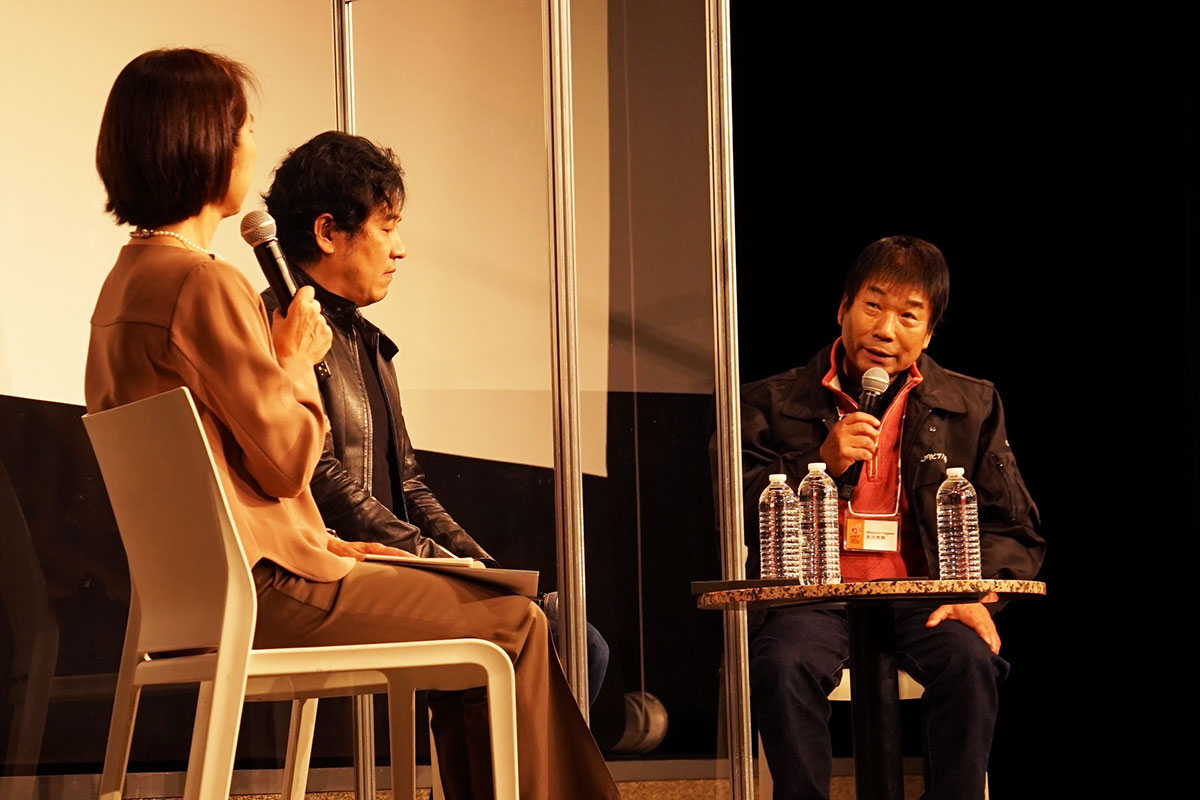 Mr. Yagawa explained that the plan for this film had been maturing in the minds of Dir. Goto and him for a decade. Dir. Goto talked about a long credit roll which has all supporters and actors including extras. “Many people supported the film and it encouraged us to complete it,” said Dir. Goto and showed his gratitude for everybody involved. The audience answered with a big applause.

The film production started from Dir. Goto’s encounter with Yagawa when he was making a documentary program for a commercial broadcast in 2008. The director earnestly hoped that the existence of the A-bombed pianos would be given wider publicity through his film, then he began to make it.

He worked out the concept through his frequent visits to Hiroshima and joined Mr. Yagawa’s activities such as fixing A-bombed pianos and holding concerts. They had even traveled together in Yagawa’s truck.

Now Mr. Yagawa has or maintains 6 such pianos, 3 of them appeared in the film. Their sounds are all original, with no sound editing. “I’d like everyone to keep a memory of their sound and the scars the A-bomb made,” said Dir. Goto.

A piano was so expensive that its price was almost the same as a house at that time. Mr. Yagawa explained “from the Taisho period until early Showa, only wealthy families or highly educated people could own such instruments,” Yagawa illustrated.

Then the topic was shifted to the episodes in the film. Most parts of the story were based on true stories. The scene of a youth playing an A-bombed piano in a parking area was made on an occurrence on Mr. Yagawa’s way to Kagawa. Mr. Yagawa said, “The rear platform of my truck gets really hot like a sauna. I opened the door for ventilation, then 4 or 5 young people came and asked to let them play.”

Mr. Yagawa also gave instruction on how to speak Hiroshima dialect to Mr. Shiro Sano, who played the leading role. “He was amazing. We say ‘washa-no (I am…)’ when talking about ourselves, not like ‘ore wa (another way to say “I am”)’, a standard way in Japan. Not so common among young people, is it? (laughed) I told him things like that.” Said Yagawa. 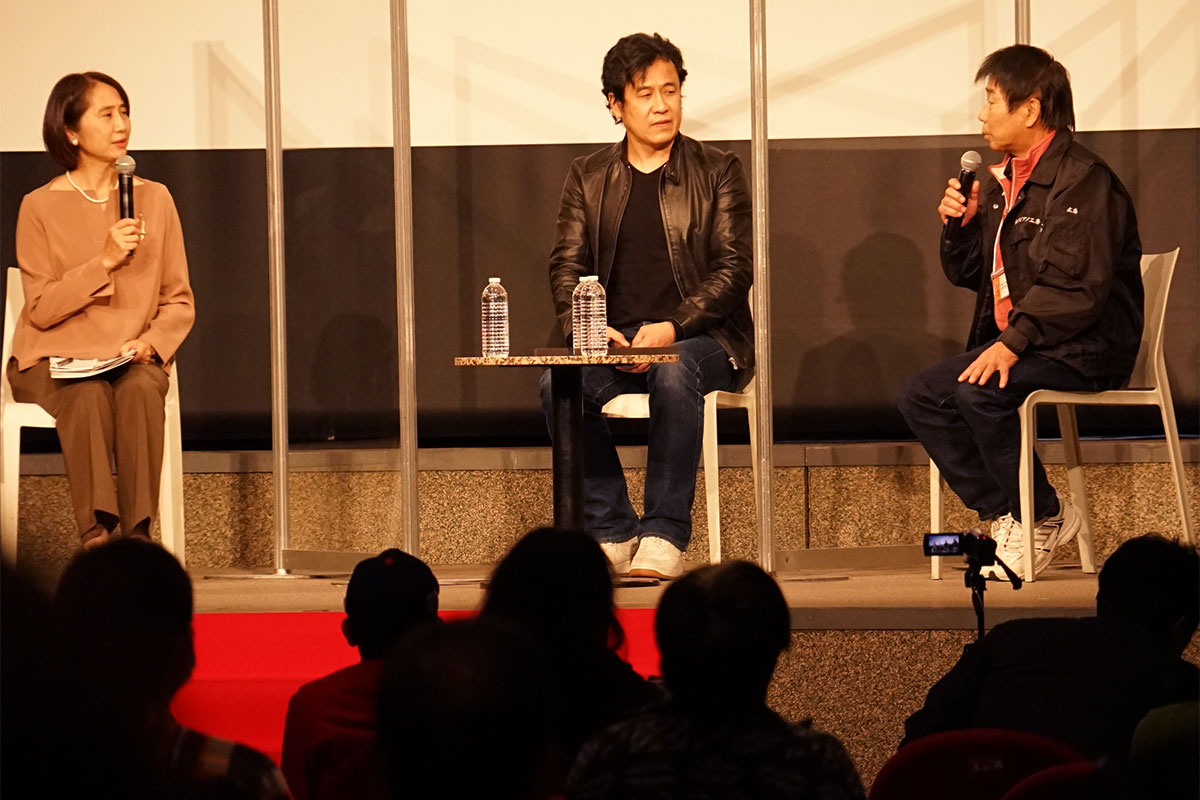 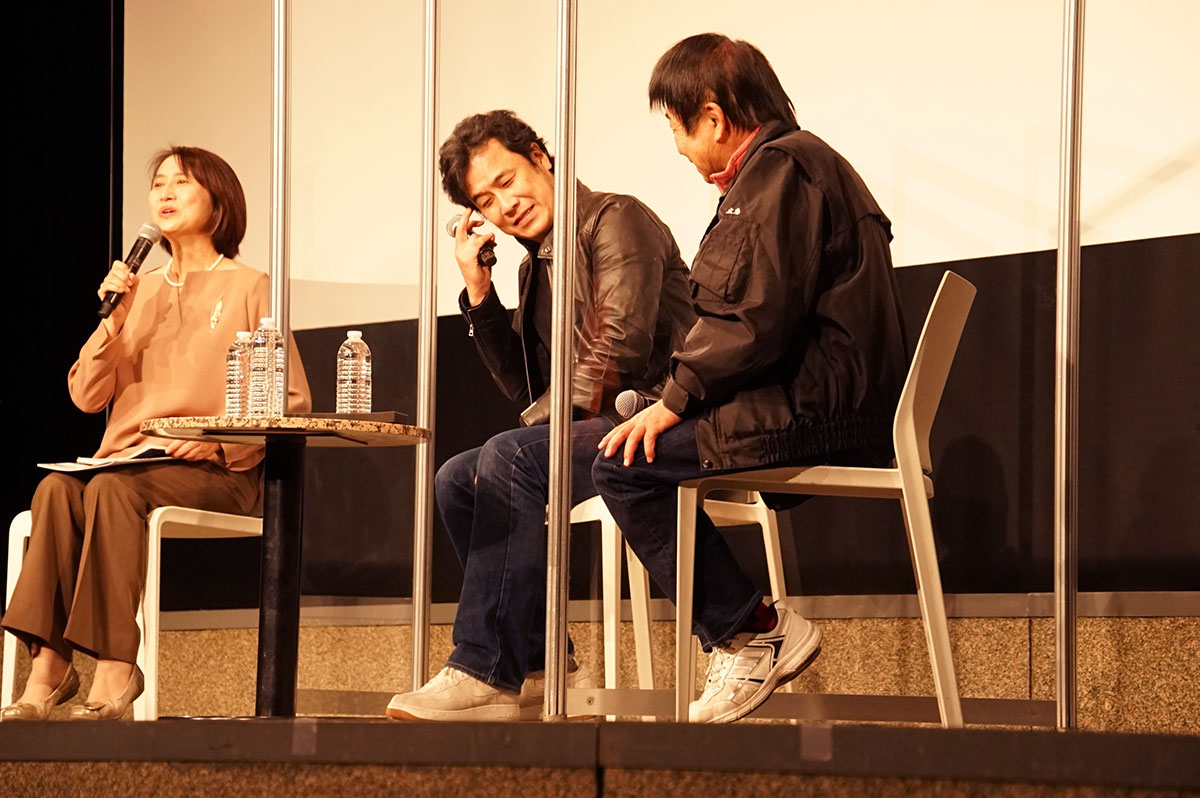 Though 2020 marks the 75th anniversary of A-bombing, COVID-19’s spread affected the releasing schedule. The exhibition was originally planned to be screened in the spring this year, nevertheless, was forced to be postponed until the summer. The film also describes that second-generation hibakusha were discriminated against, which makes us associate the hatred against coronavirus patients. 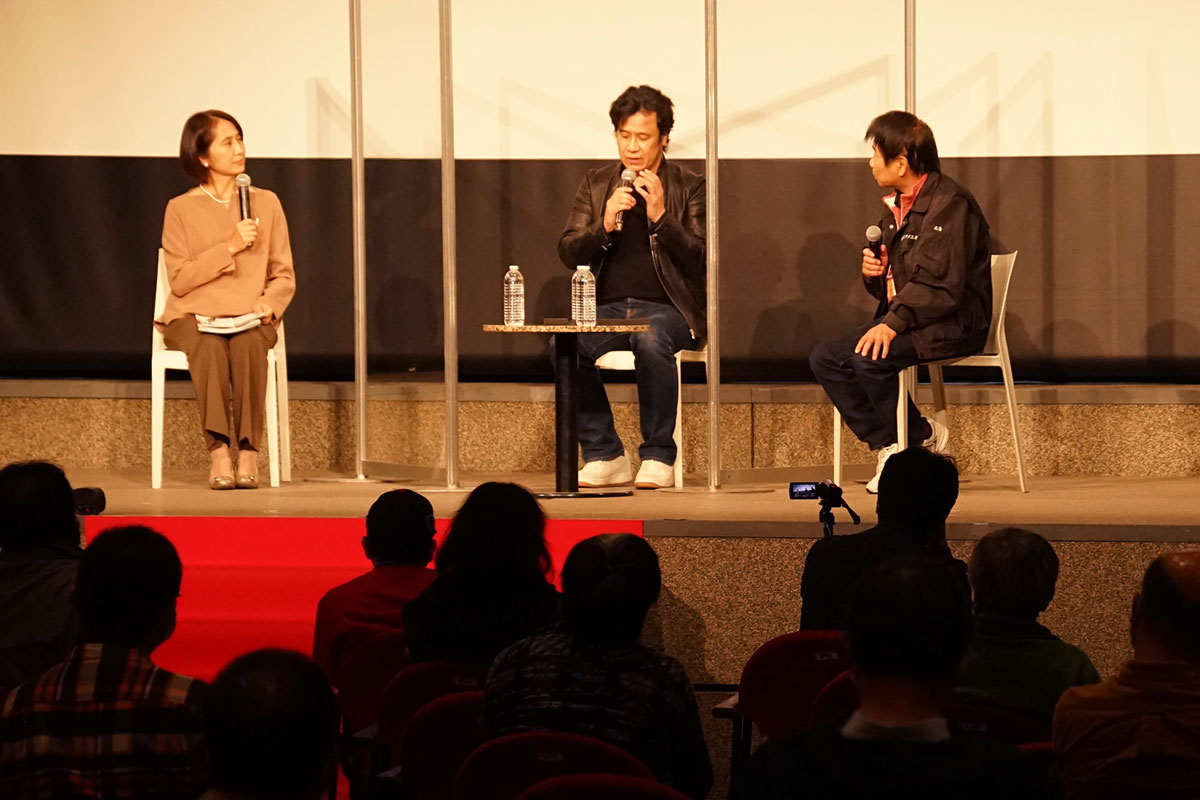 “Human beings are now repeating the same thing.” Said Dir. Goto. During the wartime, people playing pianos were sometimes criticized as “unpatriotic” and at times even had stones thrown at their windows. The director expected this film to give the audience a chance to think about such prejudice or the current tendency in the world. 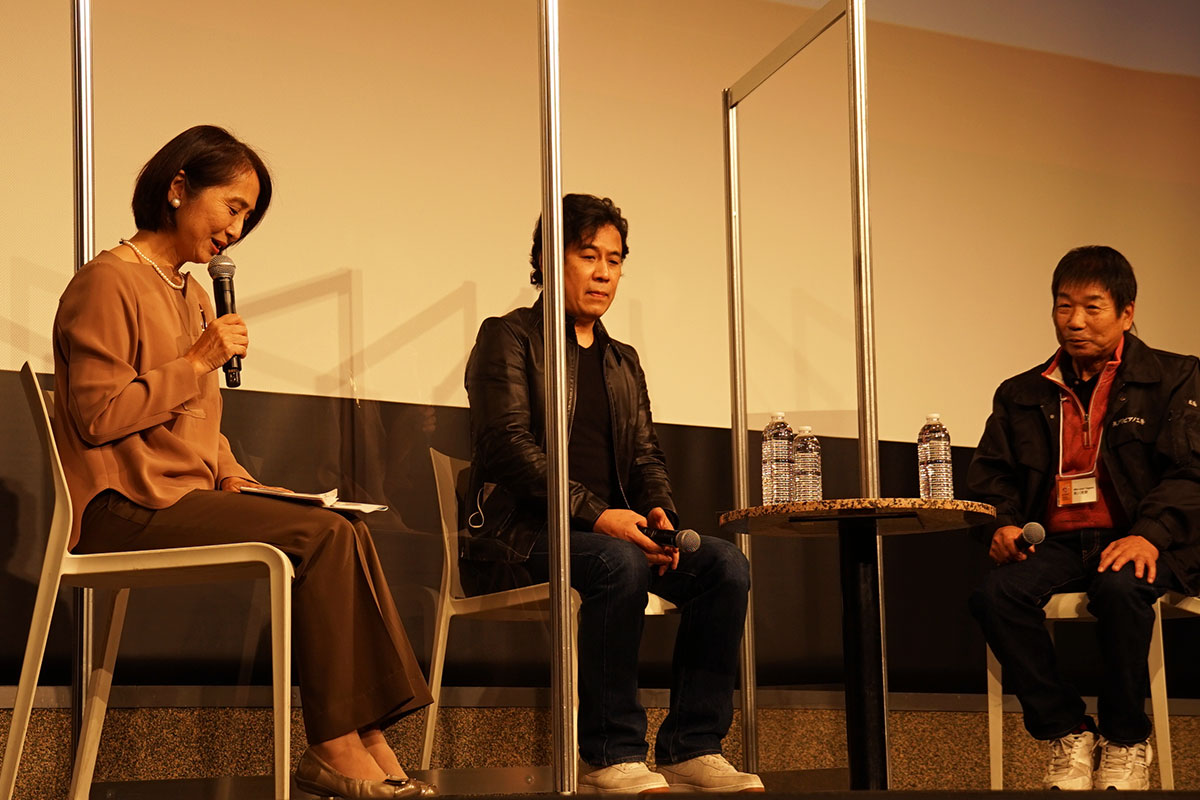