The HIFF will hold an "A-bombed Piano Concert" as part of the Hiroshima City Cultural Arts Promotion Temporary Support Project "Hiroshima City's Project to Keep the Lights of Cultural Arts". Five groups of musicians living in Hiroshima will play the melody of peace with an A-bombed piano. Enjoy it! 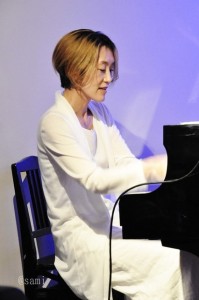 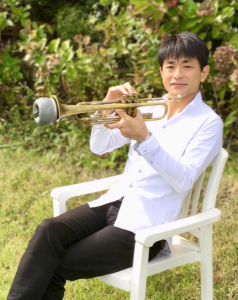 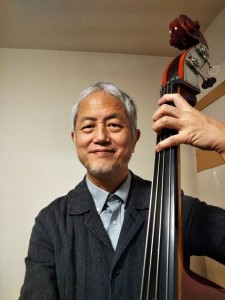 It was started in Hiroshima during the Coronavirus State of Emergency in the hope of bringing some joy and light to people’s hearts with original jazz. 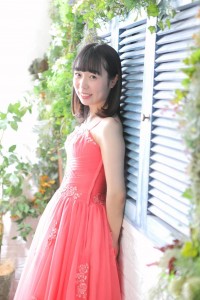 Murokawa was born in 1997. After graduating from Hiroshima Music High School, she obtained a degree at the city’s conservatoire, Elisabeth University of Music, as a special scholarship student and is now enrolled in its master degree program. In summer of 2018, Murokawa traveled to France to join the MusicAlp’s International Music Academy, and in 2019, she ventured to Hamburg, Germany to participate in the Klangakademie. Murokawa has grown as a musician under the guidance of Kaori Itou, Asako Suzaki, Yoshiko Mishima, Tomoko Miyairi, and Yukio Yokoyama, and is currently studying under Misa Shitaka. 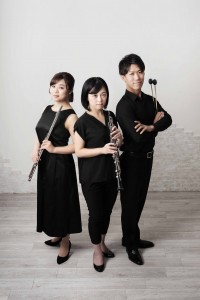 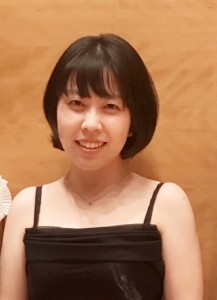 Mitsudomoe Ensemble
Mitsudomoe Ensemble was formed in 2016 at Hiroshima University’s Graduate School of Education. In 2017, the group received high accolade after making their first sponsored performance. Now, in addition to holding a yearly performance, they frequently delight audiences at various local events. The name “Mitsudomoe,” three-way, encapsulates their style of music, which brings together the diverse and contrasting strengths of its members. The strength and appeal of this group undoubtedly lies in the collaborative independence of its members. 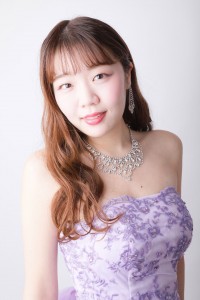 Momoko Kobayashi
Second year of a graduate student at Elisabeth University of Music
F.Chopin：Nocturne No.20 in C Sharp minor Op.posth

Kobayashi is currently pursuing a master’s degree at Hiroshima’s conservatoire, Elisabeth University of Music as a scholarship student. She is an upcoming musician whose career set off to promising start after she was chosen to perform a piano sonata at the 53rd graduation concert of Elisabeth University of Music. In 2019, she was awarded a prize of excellence at Hiroshima’s 40th concert for up-and-coming musicians, and was selected to perform alongside Hiroshima Symphony Orchestra at Hiroshima’s 2019 Concert for Promising Young Musicians. 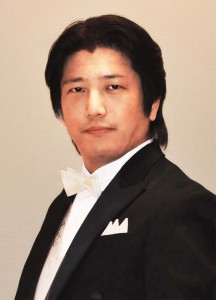 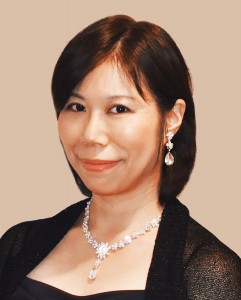 Takanori Miki is an exceptional tenor singer from Hiroshima, renowned for his strong voice. His career started at Hiroshima Music High School. From there, he went on to specialize in vocal music at Hiroshima’s conservatoire, Elisabeth University of Music, where he obtained both an undergraduate and master’s degree. In 1996, he traveled to Milan, Italy, to further developed his skills. After returning to Japan in 1998, Miki chose to be based in Hiroshima. Starting with recitals, his career blossomed, and he soon found himself starring in numerous operas. His talents have been widely recognized at various competitions, such as Nishinihon Piano and Voice Music Competition, where he was awarded a prize of excellence. Miki is the founder “Miki Vocal Studio.” Through his work at the studio, he hopes to contribute to Hiroshima’s future generations of musicians.

Akiko Yasuda is an accomplished pianist. She specialized in instrumental music and the piano at Hiroshima’s conservatoire, Elisabeth University of Music, graduating with an undergraduate and master’s degree. She received a recommendation from Japan Federation of Musicians following her performance at a concert for up-and-coming musicians and was subsequently selected to perform alongside Hiroshima Symphony Orchestra. After completing a summer study program in Austria, she was chosen to perform with Bratislava Symphony Orchestra at the graduation concert. She also accompanied Takanori Miki on the piano at the first Nishinihon Piano and Vocal Music Competition hosted by Japan League of Artists, winning a prize of excellence for an outstanding performance.

This is an initiative to support cultural and artistic people who have been forced to suspend or postpone their activities due to the spread of COVID-19, in the spirit of mutual assistance.

* The time to start a concert and the performers can be changed due to unavoidable circumstances.

« (日本語) 広島県立福山工業高校 電子機械科計算技術研究部制作『VR中島本町』で臨場感あふれる映像を疑似体験！“8:15” is a documentary film about human love and compassion in the face of insurmountable hardship. This story, which transcends time, documents the horrific experience of a Hiroshima atomic bomb survivor. Following its screening, the Executive Producer & Author, Akiko Mikamo, lead actor, Sotaro Tanaka, and director, J.R. Heffelfinger, will share their thoughts and feelings remotely or in person at a talk show. »