Screening & talk show of “The Brightest Roof in the Universe”. A story of miracle and love. The latest work of director Michihito Fujii, who won the 43rd Japan Academy Prize for Best Picture in “The Journalist”!

Tweet
We will screen "The Brightest Roof in the Universe", the latest work of director Michihito Fujii, who won the 43rd Japan Academy Prize for Best Picture in "The Journalist" in 2019. Director Fujii won the Special Jury Award in 2011 and the Audience Award in 2012 at the International Short Film Competition of "Damah Film Festival in Hiroshima", the predecessor of the HIFF. Last year the audience got excited by the screening of "The Journalist" and a talk show with Tori Matsuzaka, who starred. This year, we would like to hear about the director's enthusiasm for the latest work.

【Screening schedule】
The Brightest Roof in the Universe（2020/Japan/115min） 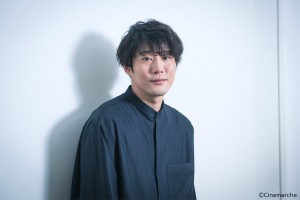 Michihito Fujii
Fujii, born on August 14, 1986, started his career in film at Nihon University College of Art in Tokyo where he studied for a degree in cinematography. In 2010, he established the video production company, Babel Label, and in 2014 went on to direct his first feature film, “Oh! Father!” which was based on a novel by Kotaro Isaka. Since then, he has directed numerous films, including “We Are” (2018), “Day and Night” (2019), and “The Journalist,” released in 2019, which received 6 Japan Academy Film Prize nominations and won three. He is currently directing the much-awaited film, “The Family,” which is due to be released in 2021.

« “8:15” is a documentary film about human love and compassion in the face of insurmountable hardship. This story, which transcends time, documents the horrific experience of a Hiroshima atomic bomb survivor. Following its screening, the Executive Producer & Author, Akiko Mikamo, lead actor, Sotaro Tanaka, and director, J.R. Heffelfinger, will share their thoughts and feelings remotely or in person at a talk show.Screening of “Yan” directed by Keisuke Imamura, who is also the cinematographer of “The Journalist”, and a talk show by the director and Long Mizuma »