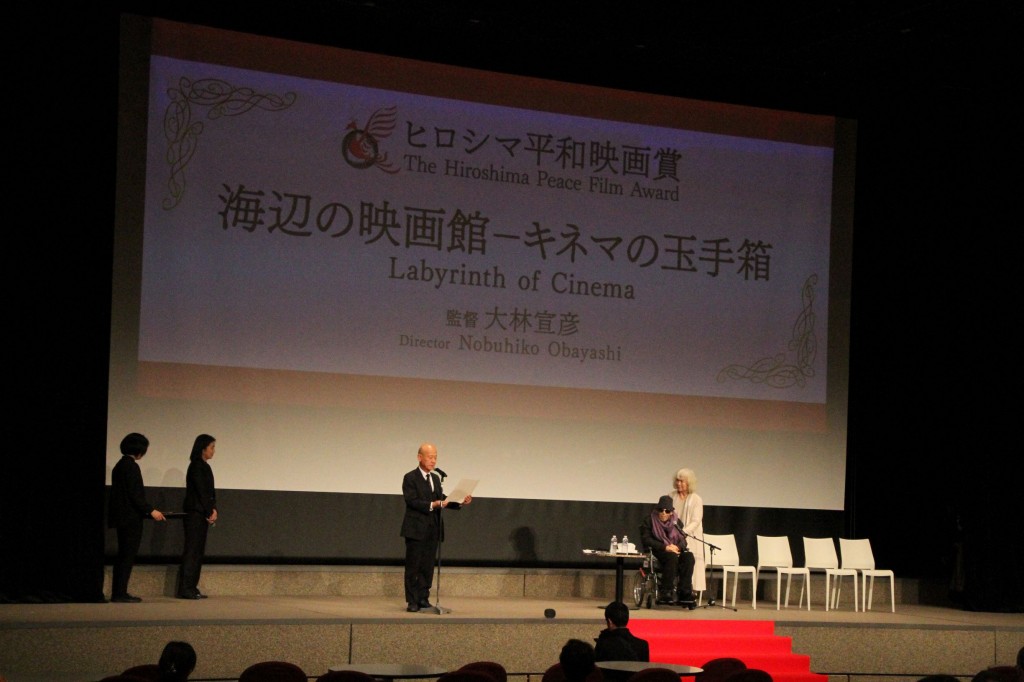 Hiroshima Peace Award Ceremony was held about 18:00 at NTT CRED Hall NO.1 on Sunday November 24th. The MC was Ms. Yukiko Suzuki a film commentator.
This year’s Hiroshima Peace Award went to Director Nobuhiko Obayashi, who directed “Labyrinth of Cinema”. When he appeared on the stage from a stage wing and a storm of applause came from the audience.
“The winner is you all,” Director Obayashi expressed his gratitude to the audience. The location of this film is a theater in Onomichi, which is about to be closed. Three young men go into the world of movies. They go to battlefronts in China and Okinawa, and Hiroshima at the time just before the atomic bomb was dropped, and face the death of people they love. For Director Obayashi, a film is, “the best way to make world peace. I would like to celebrate this winning, in that it means many people need the power of films,” as he thanked the winning again and again.
He often thought of the victims of the atomic bomb dropped on Hiroshima. “One way to make world peace, is to remember this tragedy. Let’s bring peace to the world.” He always sent a message of peace.
His wife, who has been the producer of his works for many years, appeared on the stage. She was grateful to those involved with this film. “It is a pleasure to make a film, rooted in regions such as Onomichi, Hiroshima prefecture, Karatsu, Saga prefecture, and Ashibetsu, Hokkaido prefecture. In the hall, there were people who helped Director Obayashi make films from all over Japan. Because of all of you, I was able to make films. I appreciate it so much that I would like to award some prize to you all.”
“Banzai, movie lovers!” The hall was filled with applause from the audience. 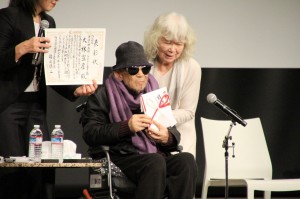 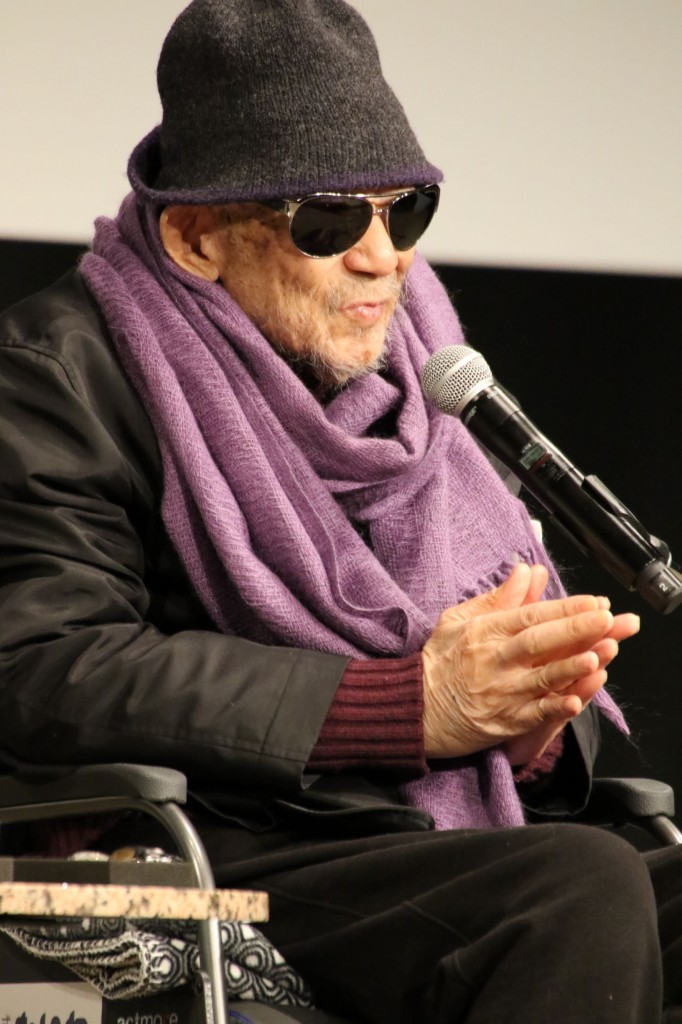 « Award Winners of the Hiroshima International Film Festival 2019A talk show by Director Nobuhiko Obayashi, after the screening of “Labyrinth of Cinema” »