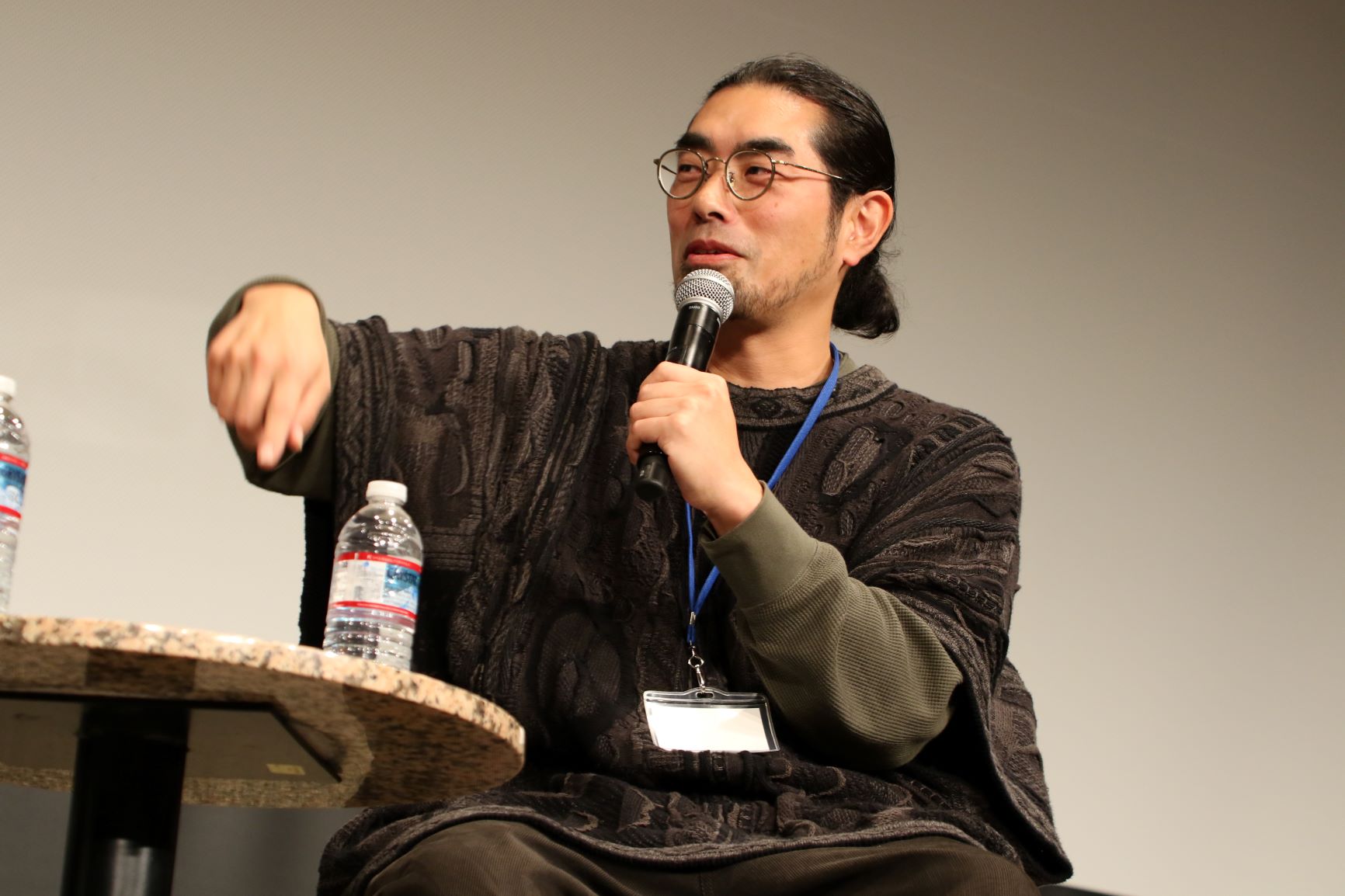 On Sunday, 24th November, 2019 at 10:30 AM, “Her Love Boils Bathwater (Barrier-free ver.)” was screened at NTT CRED Hall No.1. This film is a love story. Hutaba (Rie Miyazawa) having a very short time to live, builds bridges between her daughter, her estranged husband, and a stranger. They decide to cover her life with the ultimate love.
After the screening, an audience greeted Takashi Watanabe, a music director with applause and the talk show started. The interviewer was Shiori Kuwabara, also the announcer. This talk show utilized a sign language interpreter and captions. This is a valuable opportunity to hear the music director’s talk. Mr.Watanabe said, “I have not joined a talk show very much because I am a backseat role.”
He said that an audience would understand acting and frames with different images when the music changes. About the role of film music, he thinks that music is a final push for the director’s messages and actor’s intentions. The resonance of film music gives glimpses of his words.
He introduced the episode where he was happy when he saw the smile of the audience at Berlin International Film Festival and said, “I want you to watch movies at theaters. At theaters, an audience laughs and weeps at the same time and shares the air.” This would be an understandable word for the audience who watched “Her Love Boils Bathwater (Barrier-free ver.)” at Hiroshima International Film Festival.
The talk show brought the curtain down in a good atmosphere as he said “talk to me freely at the lobby”. 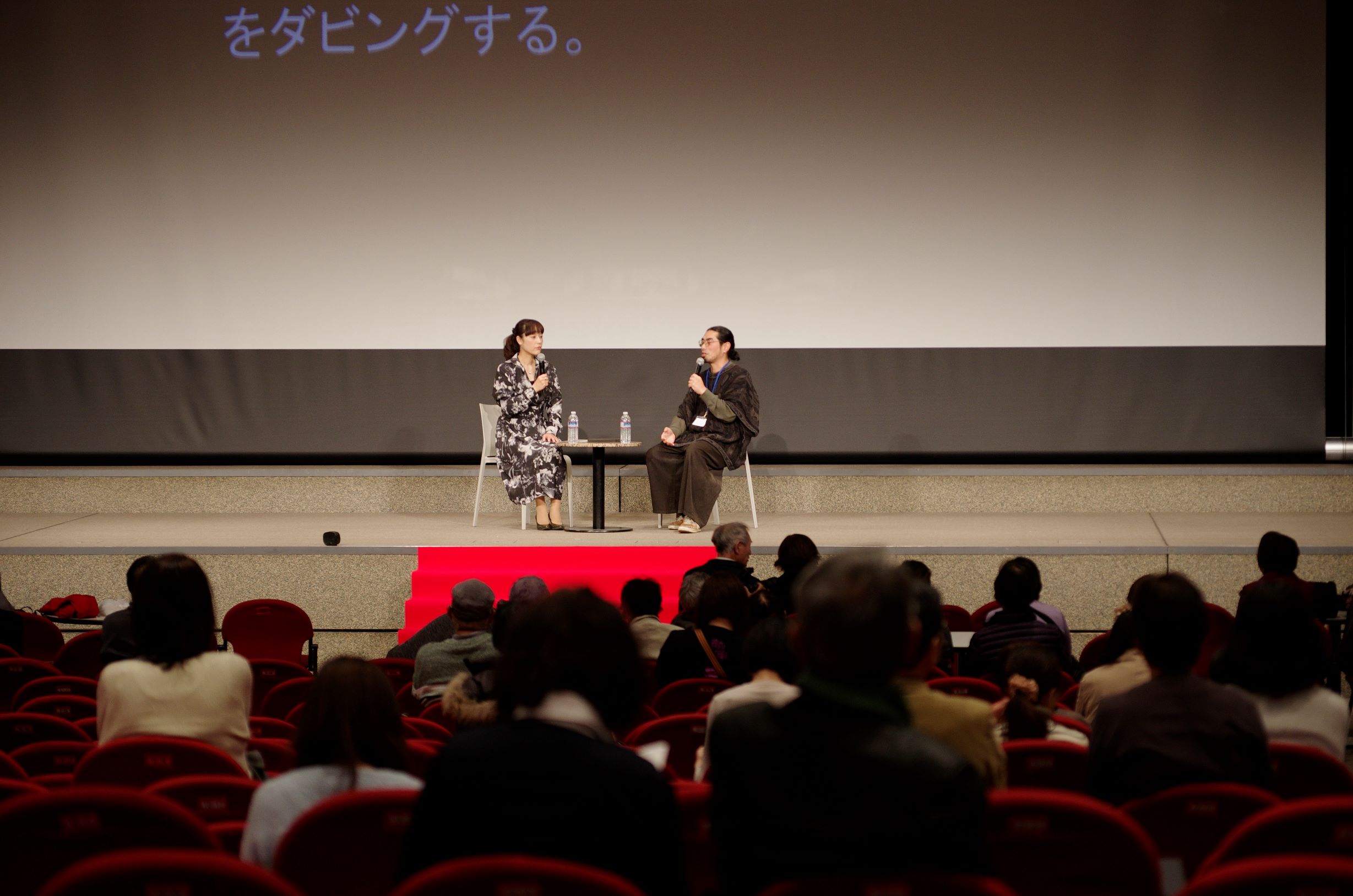 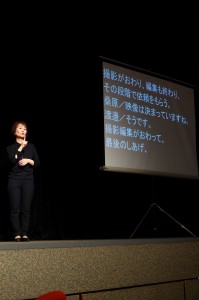 « A talk show by the directors of “Okunoshuma”, “TOTEM & ORE” after the screeningExperiencing the inside of the Genbaku Dome (A-bomb Dome) with the state of the art VR »