The Showing and the Talk Show of, “The prisoner of sakura” 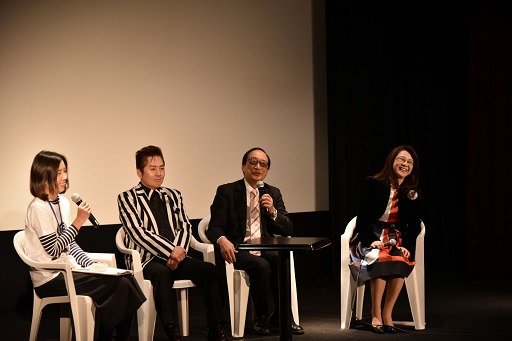 “The prisoner of sakura”, directed by Masaki Inoue, was on the screen at Yokogawa Cinema 10:00 on Saturday, November 23rd.

After the showing, Author Kazuhiko Tanaka, and Producer Yumiko Masuda was on the stage and the talk show started. The interviewer was Tomoko Horie, a radio personality.
This film was based on a historical fact. During the Russo-Japanese War, there was a prisoner’s camp in Matsuyama, Ehime prefecture, where the prisoners were treated with humanity. “It was truly ‘two strange years’,'' said Author Tanaka. He is the president of Nankai Hoso, a broadcasting station in Ehime prefecture. “I wanted more and more people to know how noble people in the Meiji Era were.”
The shooting cost a lot, especially with production design. “The uniforms of nurses were handmade. We ordered the uniforms of Russian soldiers from Russia because there weren’t any in Japan,” said Producer Masuda.
Aleksandr Domogarov, who played the role of Captain Vasily Boysman, is an actor whom everyone in Russia knows. In order to invite him to appear, Masuda went to Russia and met him in person. “He became interested in the historical fact.”
Issay Tsushima, who played in the film, was in the hall. He was a singer from Tsushima, Nagasaki prefecture. “Approximately 5000 Russian died off Tsushima at the Battle of Tsushima, so this is also related to Tsushima,” said Tsushima.
This film was on the screen in film festivals in Russia. “A Russian lady gave me a big hug, and asked me, ‘Is that a true story?’ She was really surprised.”
It is also introduced in G20. “I heard Russian President Putin said that I hope cultural exchange between Russia and Japan will gather more momentum, after he saw the film,” said Masuda. At the end of the talk show, a fan asked Tanaka whether he has any plans for another film, and he replied, “filmmaking is a tough job, as it costs a lot of money and time”. When the talk show ended, the hall was filled with applause. 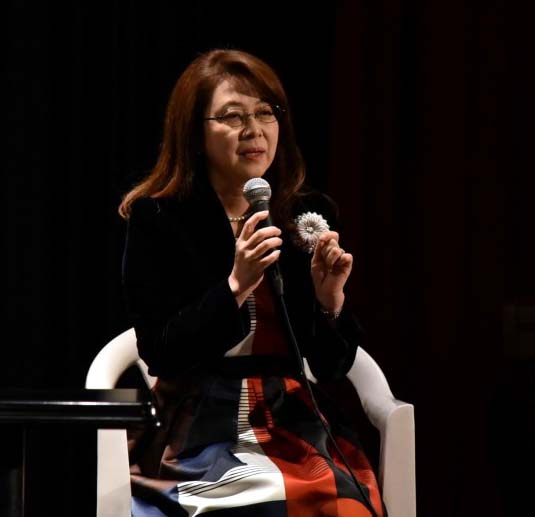