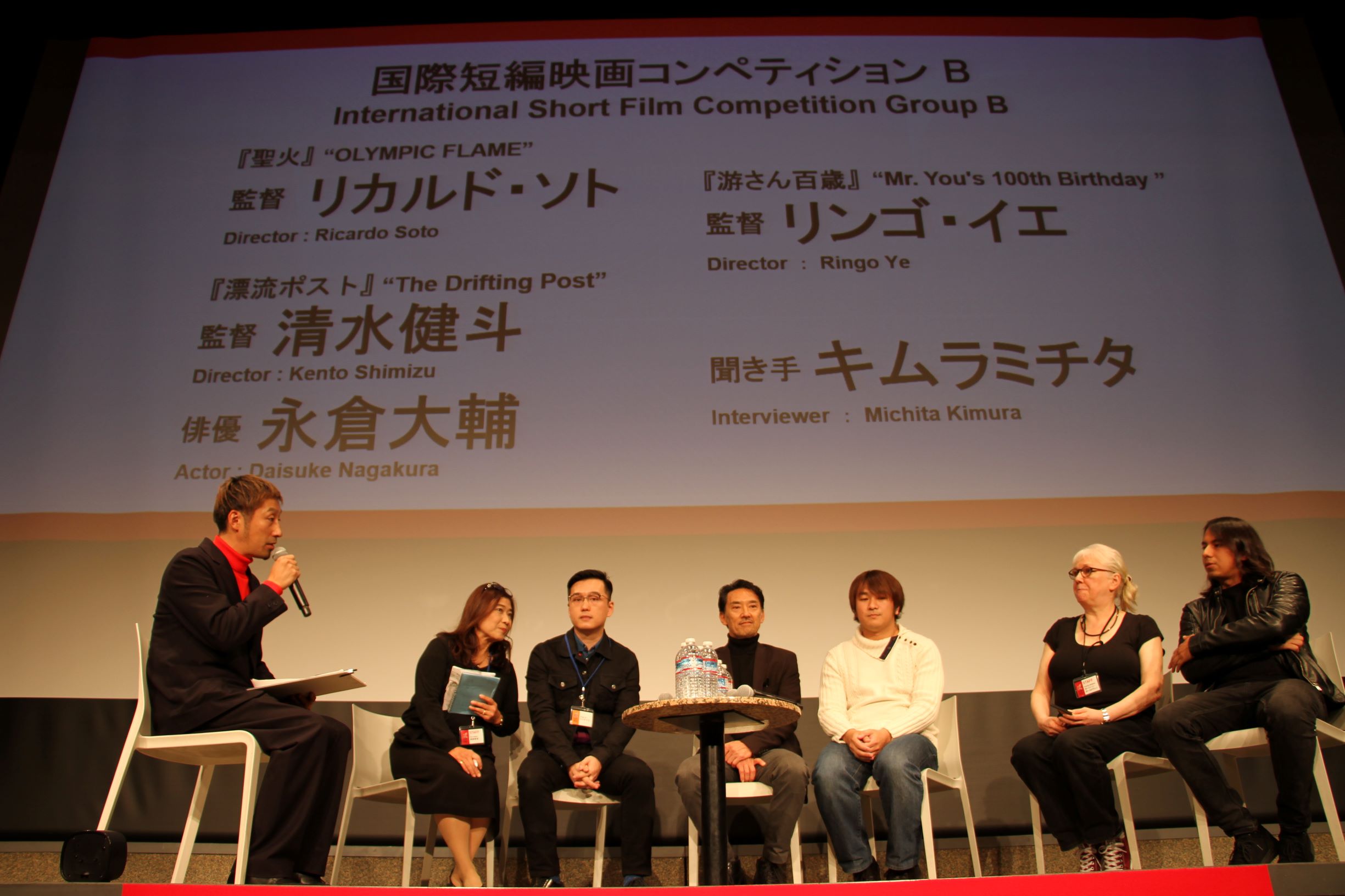 November 23 (Sat) 15:10 - “Competition B” was held at the first venue of NTT Cred Hall, and three works were screened: ”Olympic Flame”, ”The Drifting post”, and ”Mr. You’s 100th birthday”. The talk show was held by Director Ricardo Soto of “Olympic Flame”, Director Kento Shimizu of “The Drifting Post”, Daisuke Nakakura, an actor, and Director Ringo Yee of “Mr. You’s 100th birthday”. The interviewer was Michita Kimura and the interpreters were Pauline Baldwin and Ms. Isen Hattori. 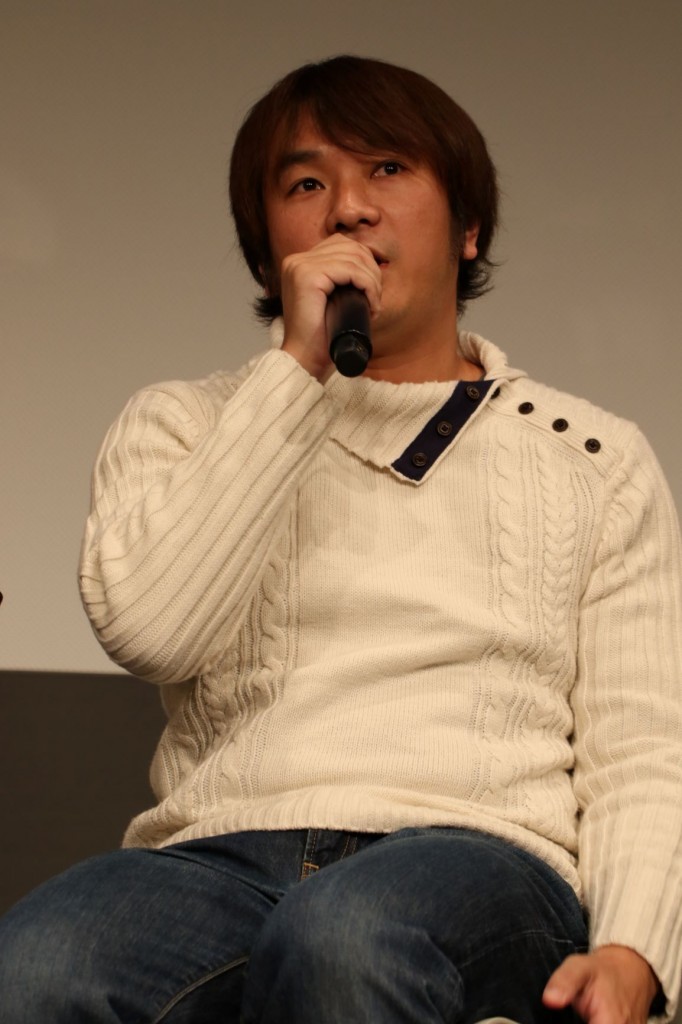 In the movie, ”The Drifting Post”, Director Kento Shimizu expressed how the woman who lost her best friend due to the Great East Japan Earthquake tries to recover from sadness. He emphasized the importance of overcoming difficulties and going on to the next step. Because it is based on a true story, when shooting the movie, he was particular about reproducing the facts faithfully and making the work as close as possible to the victims. In addition, the actor Daisuke Nagakura acted as the manager of the drifting post in the movie, but he said that he was nervous about acting while the man who has been really managing the post was watching him in real time. In the talk show, Ricard Soto spoke about his movie, “Olympic Flame”, highlighting the gap between the fun atmosphere of the 1968 Olympics and of the student massacre by the government, and then showing the importance of fighting and peace. He seemed to struggle with keeping many extras in place and how to capture the tremendous truth concealed by the Mexican government in shooting his movie. 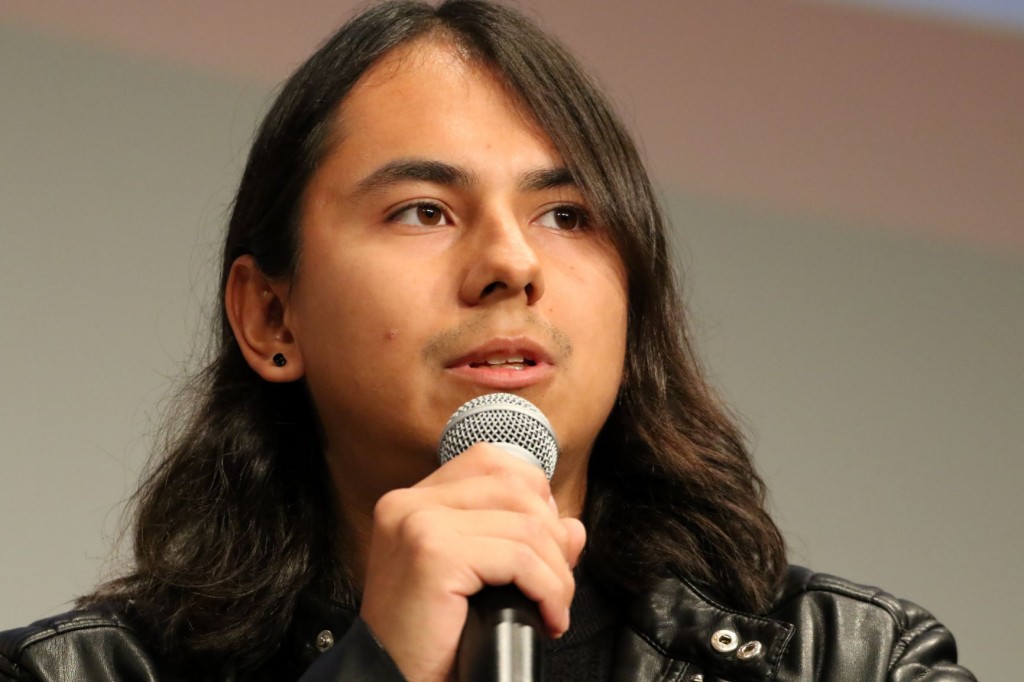 “Mr. You’s 100th birthday”, directed by Ringo Yee is based on Mr. You’s 100-year birthday party. He said that he was drawing the figure of the elderly and the internal thoughts of them, thinking about various things, while incorporating comical scenes. Regarding shooting, it seemed that he had a hard time taking in the ad lib performance while caring for the physical condition of the two acting as the old couple, the leading role. 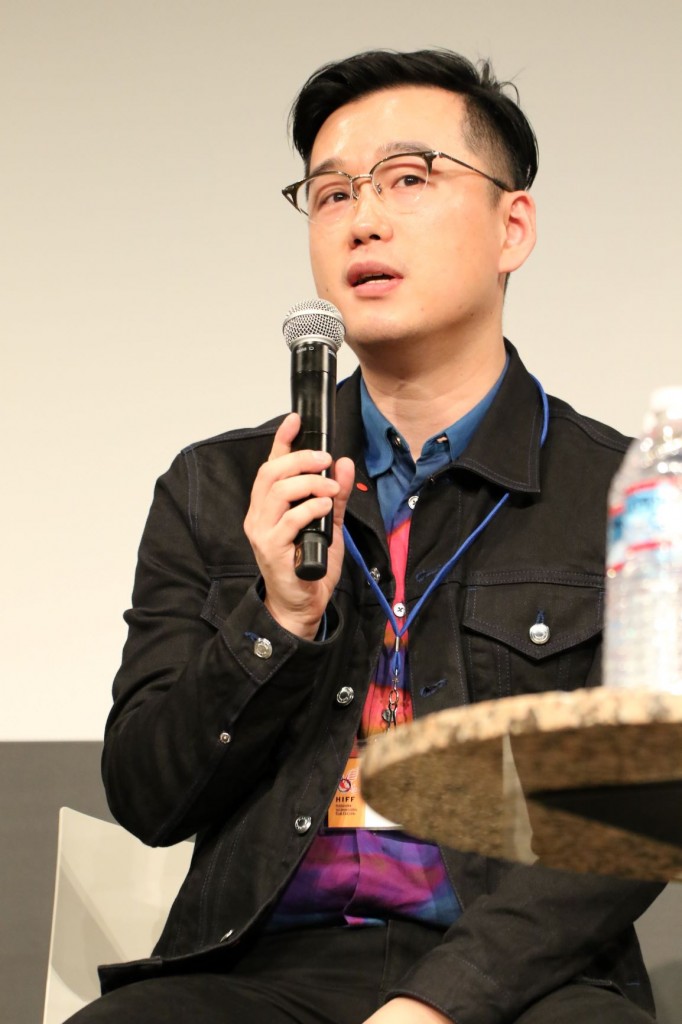 Regarding the International Short Film Competition; after the screening, the “Audience Award” will be given to the work selected by the audience from among the 6 works, as well as those from Competition A. The result of the votes will be announced on the last day of the festival.