Film Modeling “a Tuner of Atomic-Bombed-Piano”, Workshop by Toshihiro Goto 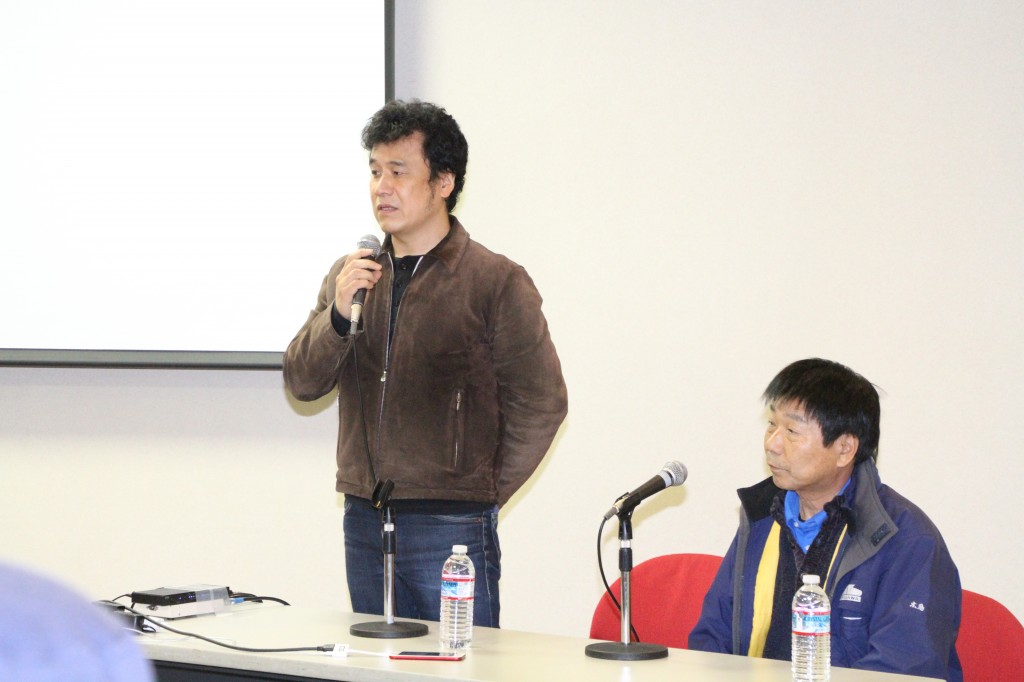 On Friday November 22nd, Toshihiro Goto, the film director of “Atomic Bombed Piano”,   hosted a workshop at NTT Cred Hall No.2 at 19:00, welcoming guests such as Mr. Mitsunori Yano, a piano tuner who has repaired bombed pianos for decades, Ms. Kyoko Heya, The HIFF Director and in charge of the art director, Mr. Yukitomo Tochino, actor, and Mr. Masato Oki, a film director on friendly terms with Mr. Goto. In a relaxing atmosphere, the participants revealed anecdotes related to film making and expressed their feelings about bombed pianos.

The film is based on a true story about Mr. Yano. He is fixing and tuning pianos donated by A-bomb victims and families, which managed to survive World War II. Also, he holds concerts featuring those pianos across Japan. A real bombed piano Mr. Yagawa mended was carried into the room.

In addition, two small concerts with a bombed piano was held during the interval of the talk show. One was by Ms. Noa Miyake, Ms. Ayaka Takeda, and Ms. Yumeno Suekawa, students of Clark Memorial International High School in Hiroshima. And the other was by Mr. Soichiro Tanimoto, a singer based in Hiroshima prefecture. Ms. Mikyake, Ms Takeda, and Mr. Tanimoto appear in the film. Participants and the audience enjoyed the beautiful sound.

According to Mr. Goto, he has worked out the film concept since he first met Mr. Yagawa in 2009. Shooting was carried out in the actual studio and truck Mr. Yagawa uses for his work.

Sometimes the film shooting faced troubles such as unseasonable weather, which caused rescheduling repeatedly. Mr. Goto said, “We were bothered by weather, but we thought it imperative to reproduce the sight of “the day”, to tell how August 6th in 1945 was.”

Mr. Yagawa looked back at his life’s work and said, “Although, I first took this direction just because it attracted my interest, there was a huge, much larger reaction than I expected. It made me realize there are various ways to call for peace.” He referred that he repairs bombed-pianos at the minimal level so that they can be played without hindrance, to show how bombing damaged them. “Pianos don’t speak, but each of them has its owner and the family’s desire for peace is put into it, and plays an important role as a historical material, an education material to tell us the importance of peace.” The whole audience listened to him in earnest.

Mr. Goto mentioned that what impressed him the most was the sight of students visiting Hiroshima that touched a bombed piano with lively eyes. “That would be one of unforgettable experiences in their lives,.” Said Mr Goto with deep emotion.

« Audition experience style Workshop by Mr. Sakoda (director) who filmed “you are here. you were here.”Workshop by Sunao Katabuchi – After screening “In This Corner (and Other Corners) of the World” »