“you are here, you were here” 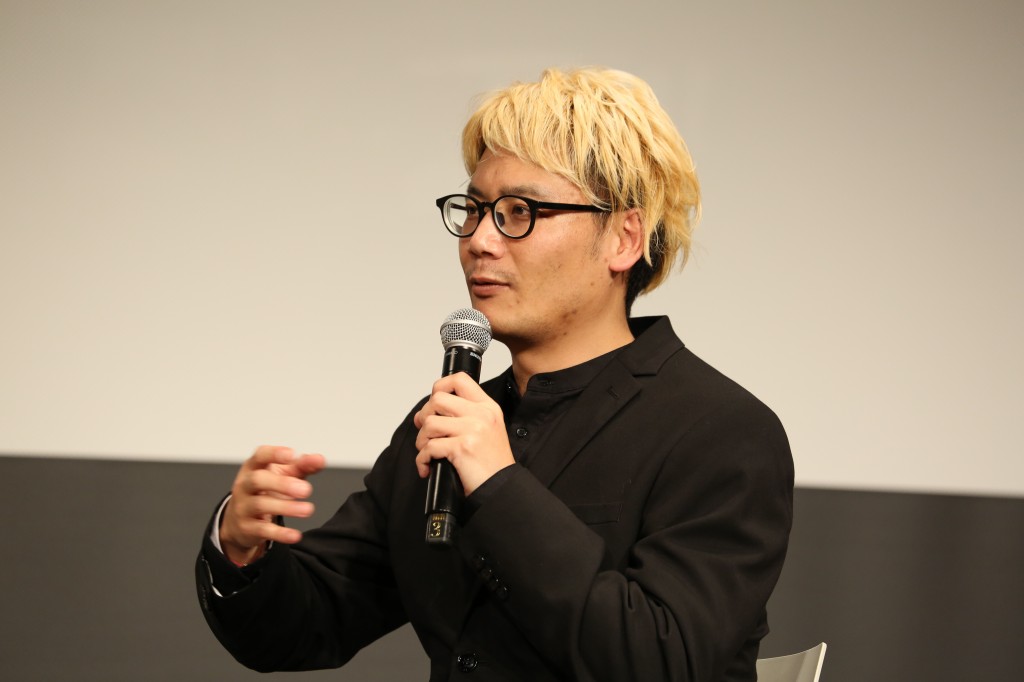 On Friday November 22nd, there was a talk show about “You are here, you were here” at NTT CRED Hall No.1 at 19:30 before the first film showing in public. Mr. Kosuke Sakoda, the director of the film, Ms. Kojima Fujiko and Ms. Shizue Oda, actresses in the film, and a free host were on the stage. The location sites for this film were based in Hiroshima and Kure (a city in Hiroshima) and a school public address (PA) system is the key of the entire film. This is a story of three people, Kishimoto, a boy who is half Japanese and half Filipino, Kayama, a boy who’s into using the school PA system and Shoko, and a librarian who has a shocking background. Actually, her background was made by Ms. Kojima, and Mr. Sakoda said that the story was outstanding and adopted all of them. Ms. Kojima said, “Shoko is someone who experienced what I’ve never done. It was hard to play her only by my imagination”.
Ms. Oda also joined this film and she was given an assignment to write her role’s profile. She said it was a difficult thing. The Dir. Sakoda said that a broadcasting room of his childhood elementary school helped to launch this film project and this film was finished by moving the shooting time due to the downpour in Hiroshima the year before. When the shooting was resumed, a parent of an extra child said to Mr. Sakoda, “we couldn’t have gone anywhere because of the disaster and restriction, but it was good to join the film as an extra.” Mr. Sakoda said, “I didn’t let the shooting become a factor as though it was helping people, but I was moved to hear that.”
At the end of the talk show, other cast members appeared on the stage. Mr. Sakoda said, “it can be said, it’s a success if the audience could feel the great maturity of children through the film.” 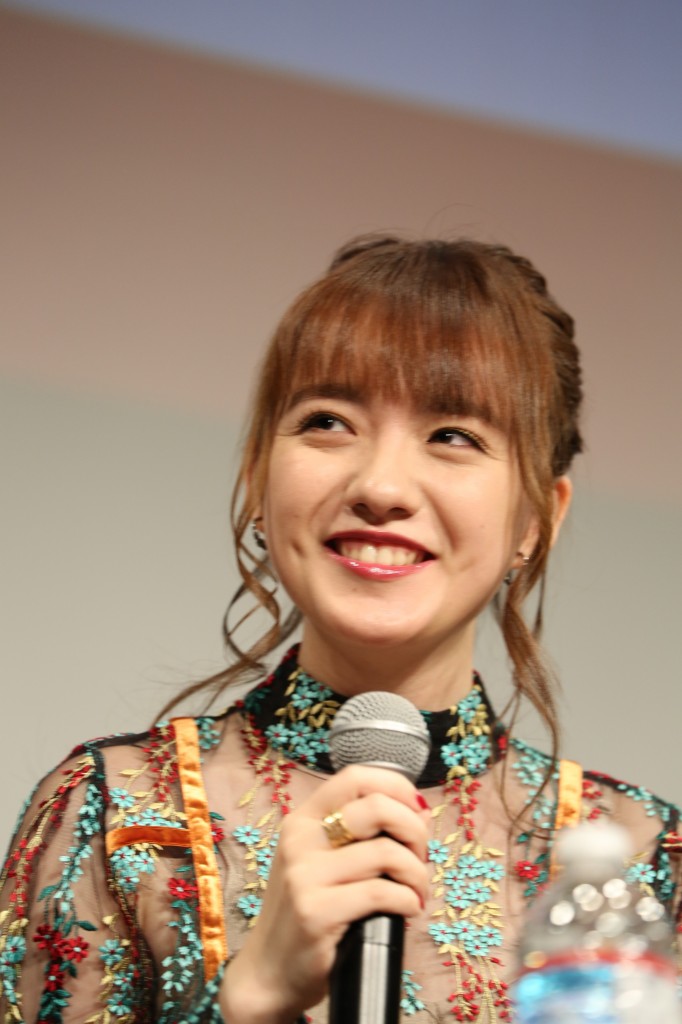 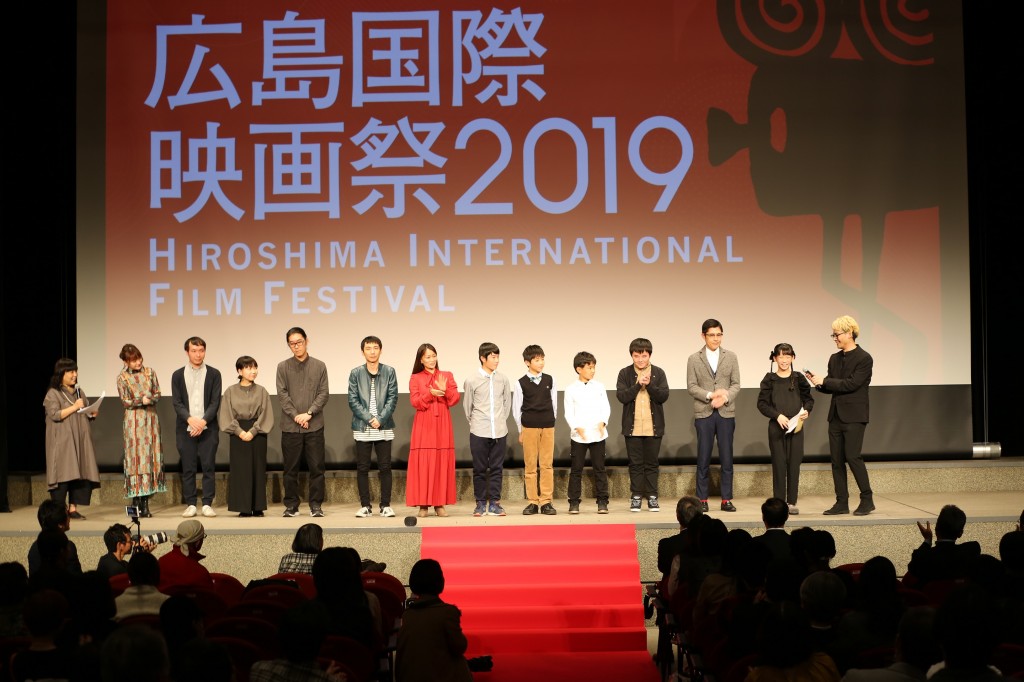