“I vouch for Mexicans’ plenty of Pluck” Concheiro guaranteed 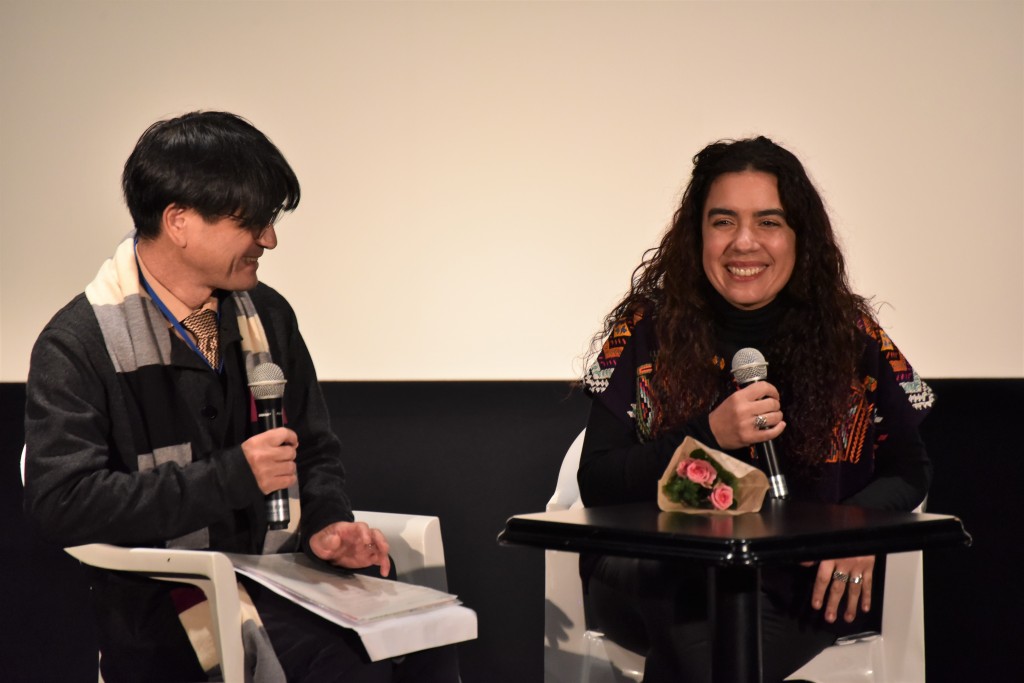 On Friday, November 22nd, at 16:00, Yokogawa Cinema had the screening of “Before Oblivion” and a talk show, welcoming its director Ms. Iria Gomez Concheiro, Mr. Atsushi Hikita, as an interviewer and Ms. Kuniko Kaio, as an interpreter.
This film focuses on a human drama related to a problem in which tenants in an apartment house called a vecindad are threatened with eviction.
Ms. Concheiro started to study Mexican history about 15 years ago, promoted by her curiosity. She learned that there were a few vecindad evictions every month in her country, which aroused her motivation to create the film. She said with enthusiasm, “I was impressed by their attitude to resist with full courage, even though they may be losing their homes. I made this film with all of my respect for them.”
When asked about how the audience should interpret the end, the director explained that her intention was to offer chances to consider its story as something they can’t ignore, because poverty is found everywhere in Mexico. “I would love the audience to think about what will wait for the characters, and what if the same thing happened to yourselves,” said Ms. Concheiro. She also answered a participant’s concern about the emphasized conditions in daily lives, on which she gave an account so the audience could feel as if the residents existed in reality.
The movie was filmed in locations where it is not very safe, so the local community made big contributions to the movie’s creation. She also mentioned the connection between people in the same circumstance saying, “even if suffering from poverty, we can come together to raise our voice.”
It is also recommended for Japanese people who have given up their dreams, so they can be encouraged again. 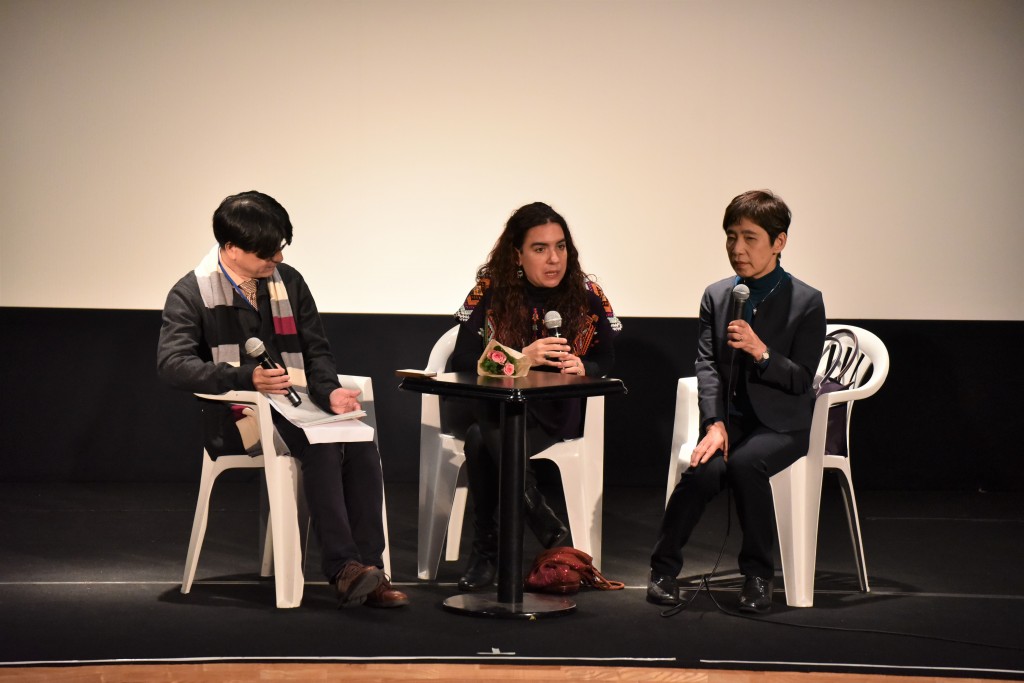 « “Secrets in the Hot Spring” screening and talk showA talk show by Director Nobuhiko Obayashi, after the screening of his “Seven Weeks” »