Mr. Obayashi, Director with Full Enthusiasm as Always he is 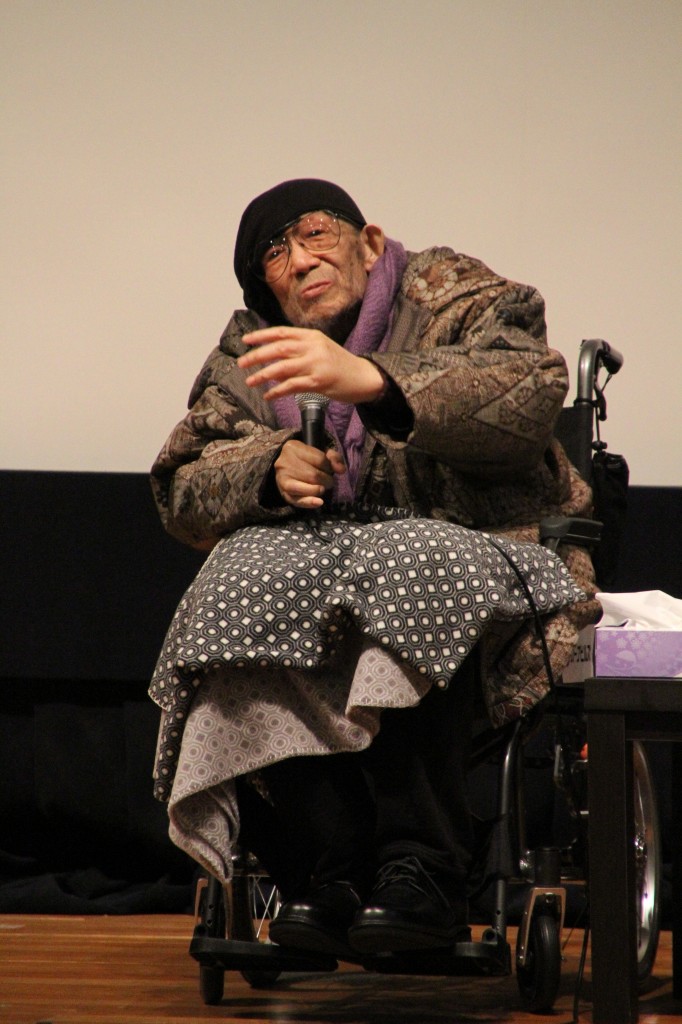 On Friday, November 22nd at 18:00, the screening of “The Discarnates” and a talk show was held at Hiroshima City Cinematographic and Audio-Visual Library. As the movie commentator Yukiko Suzuki gave a brief profile of Mr. Nobuhiko Obayashi, he appeared on the stage and was welcomed by a big applause from the audience. When asked about the reason why he chose this work for pieces to be on screen for HIFF 2019, he mentioned that it has many fans, and he himself thinks it is a well-made one. “Every actor who takes part in my films considers a movie story as if it were his or her own story when standing in front of cameras. Nobody brings an acting script to a shooting site, they all remember lines. We prepare planning texts, but we don’t make shooting scripts, which are some kind of blueprints for movies. Our actors create their own shooting scripts. They always stay on site even when I don’t tell them to do so or when we’re shooting scenes for other actors,” he said.
Furthermore, Mr. Obayashi revealed an inside story taking one of his movies, “Seven Weeks” for example. It features Ms. Takako Tokiwa and Ms. Yumi Adachi, who are very popular and talented actresses. At first, he hadn’t planned a scene for both of them to be in the same shoot, but when Ms. Adachi was on camera, Mr. Obayashi heard Ms. Tokiwa whispering the same line as Ms. Adachi was playing, and found her right behind him. “I felt like I couldn’t do without the two starring actresses on the same sight. That also gave birth to its poster photo.” “Mr. Yoji Yamada, also a movie director, says that I have no maiden work or last one, because the films I make are always pathbreaking and developing regardless of any certain forms. I will keep creating something nobody has tried yet. These days, I wonder if we had had full color films, instead of monochrome ones.” Mr. Obayashi gave comments about charms in his arts. The talk show was concluded with the introduction of “Seven Weeks” and “Goodbye for Tomorrow”, screening on the following day. 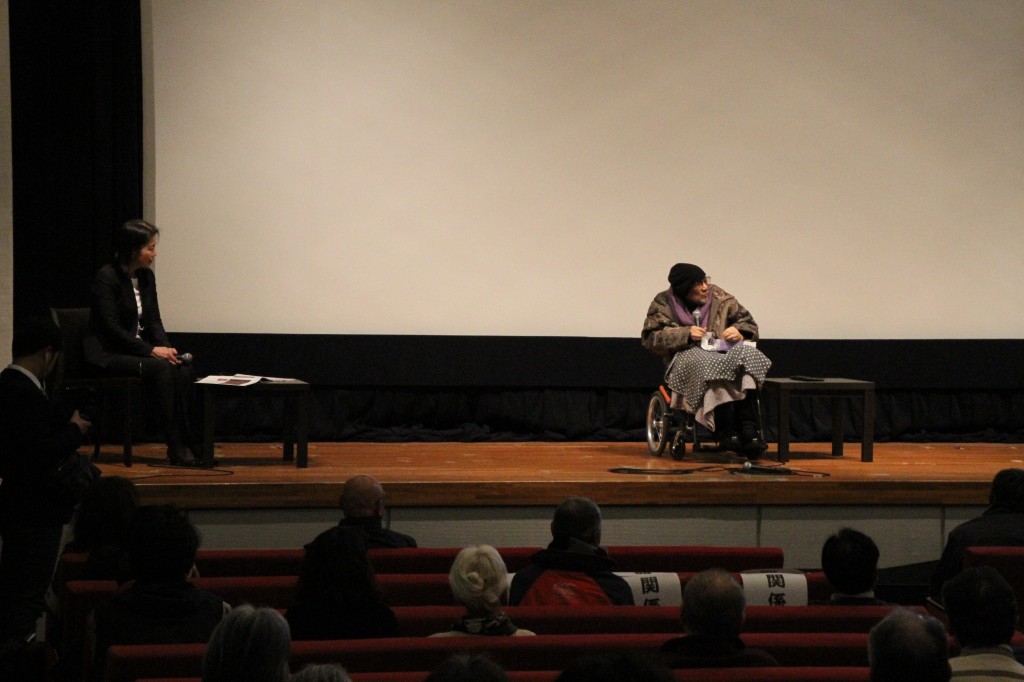