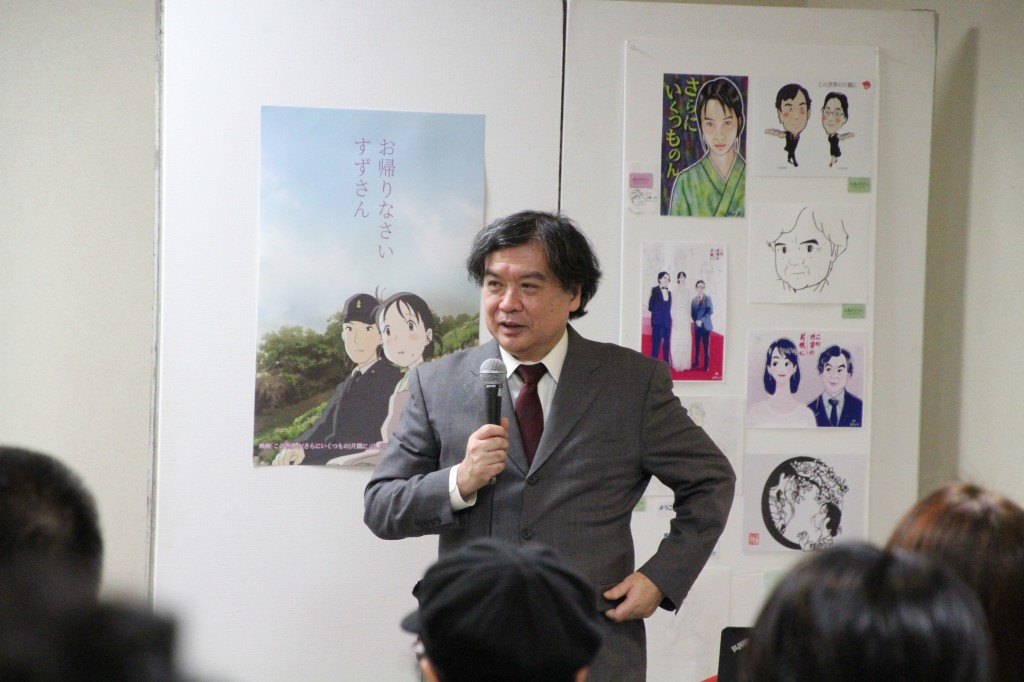 On Friday November 22nd, Mr. Sunao Katabuchi hosted a workshop on his latest film, “In This Corner (and Other Corners) of the World” at 17:30, after its screening. The interviewer was Ms. Tomoko Nishizaki, from Hiroshima Film Commission.

Mr. Katabuchi aroused the laughter of his audience by joking, “I already had workshops 7 times, so I have nothing to tell you anymore!” He explained the detailed concepts and backgrounds, displaying some storyboards and original manga works of Ms. Fumiyo Kono, which made the base of this fantastic animation film. Mr. Katabuchi picked up one scene from the original comic, in which the fate of a character was implied with minimum words and shared a way of enjoying profound stories behind short lines.

Some of the audience who had actually lived at Kure city during war time said, “this film shows how it was.” Their impression suggests that this fastidiousness for details is one of the reasons this film gained a number of fans through evoking their sympathy.

Though this movie uses the same materials as “In This Corner of the World”, the film previously created, it became a completely new movie, never categorized as the “long version” or “director’s cut”. Mr. Katabuchi explained about the purpose of this film, which was to describe the feelings of a lady who lived through the war time. After answering questions from the audience politely, he swore that he’s coming back to Hiroshima again. The audience replied with a big applause as the talk show came to its end in a friendly mood. 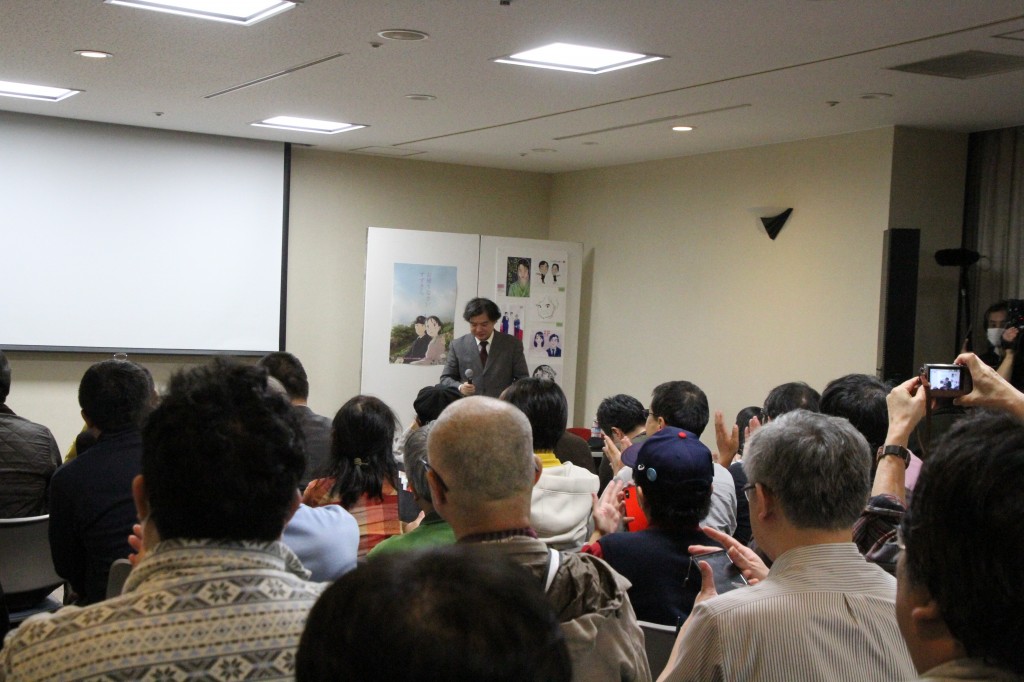 « Film Modeling “a Tuner of Atomic-Bombed-Piano”, Workshop by Toshihiro Goto“Secrets in the Hot Spring” screening and talk show »