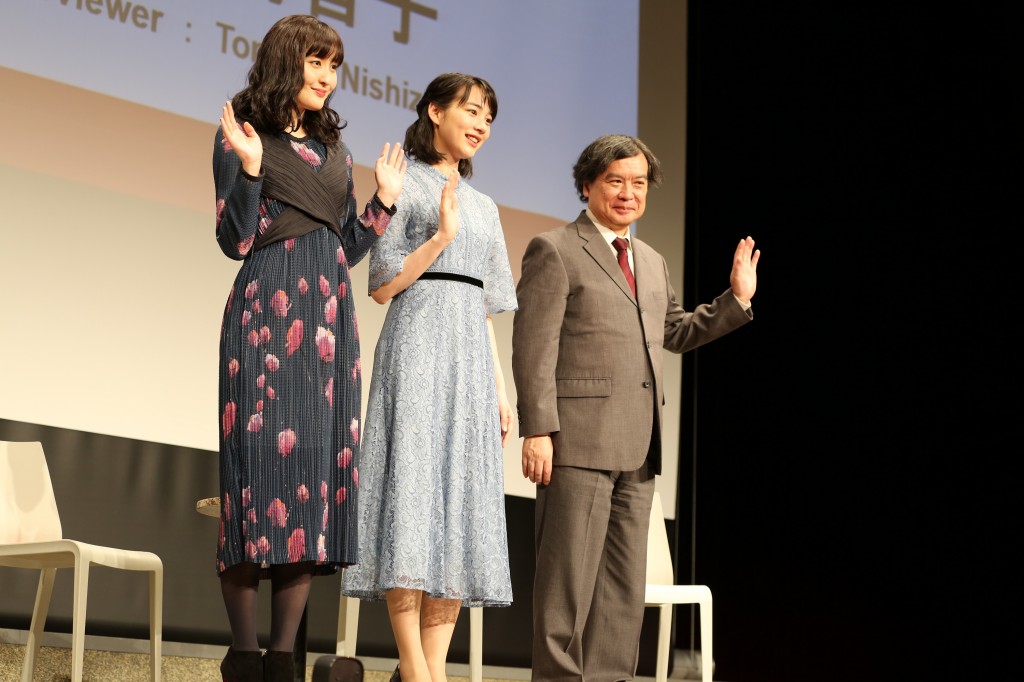 On Friday, November 22nd at 12:30, “In This Corner (and Other Corners) of the World” (special advance screening version) was screened at NTT Cred Hall. With new shots and an ending theme song added to the previous work of “In This Corner of the World”, it portrays a feeling of its heroine, Suzu, who lived in wartime.
Before the showing, Mr. Sunao Katabuchi (director), Ms. Non (actress played as Suzu), and Ms. Nanase Iwai (as Rin, Suzu’s close friend) appeared on the stage. Mr. Katabuchi said, “this is a very precious film for all of us, and we would like to cast a new light from other sides and share this new-born story with the audience, especially you in Hiroshima, in this event. We hope it shows unexpected aspects, even if it describes the same subject as the previous one.”
At the talk show immediate after the screening, Tomoko Nishizaki, an interviewee from Hiroshima Film Commission and the whole audience welcomed the 3 guests again, with shouts of “welcome back” and a warm applause.
Mr. Katabuchi talked about his great love with the film and its characters: “It took 3 years to release “In This Corner (and Other Corners) of the World”, but 3 years has gone so fast. It took 6 years to make the previous one, so it means we’ve been working on the series for 9 years. I’m affected greatly again about how precious it is and its characters are.”
Also, this film describes a more detailed feeling of Suzu. Although she has an image as a little bit off and immature girl, “In This Corner (and Other Corners) of the World” focus on her from other angles so the audience can see her humanity through episodes as she worries about her husband Shusaku, once in love with Rin, and so on. Ms. Non said, “I used to act as Suzu pretended to be unconcerned, because I thought Suzu was a quiet person, but additional scenes were full of her vivid emotions. They have changed my thoughts about what she is like.”
Ms. Iwai talked about Rin, who sways the heart of Suzu and lifts up her spirit as well: “The fact is, Suzu and Rin have many points in common. This is why they go into the feelings of each other. But once after they say “bye” and split up, their daily lives and common practices are completely different. And both can be encouraged by each other all the more because they are different.” Their unspoken, but touching interactions is one of the great points worthy of note. 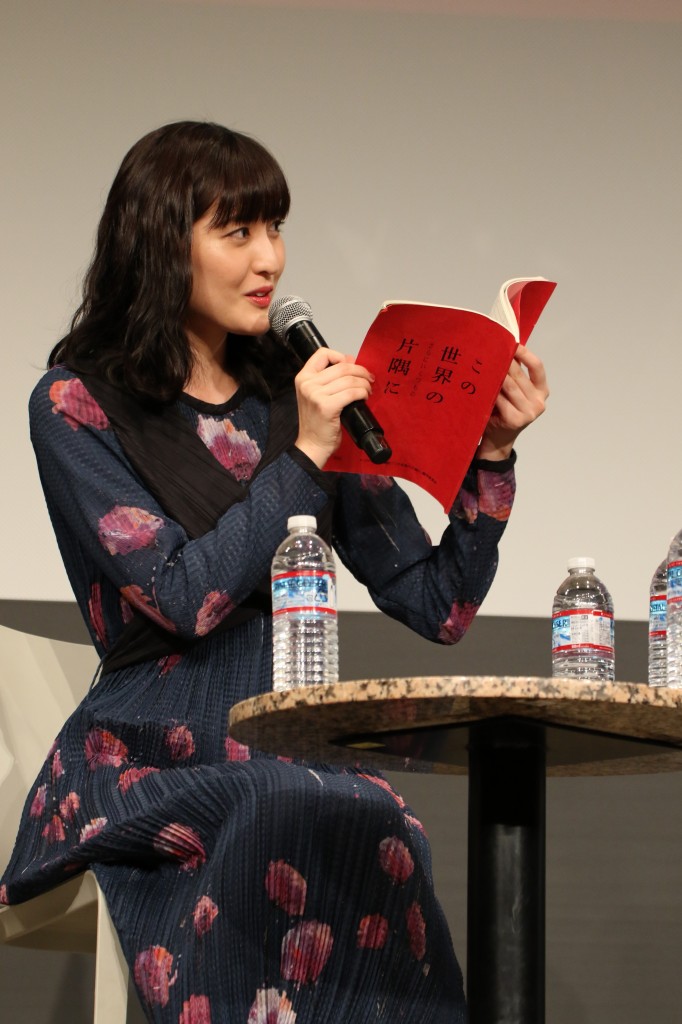 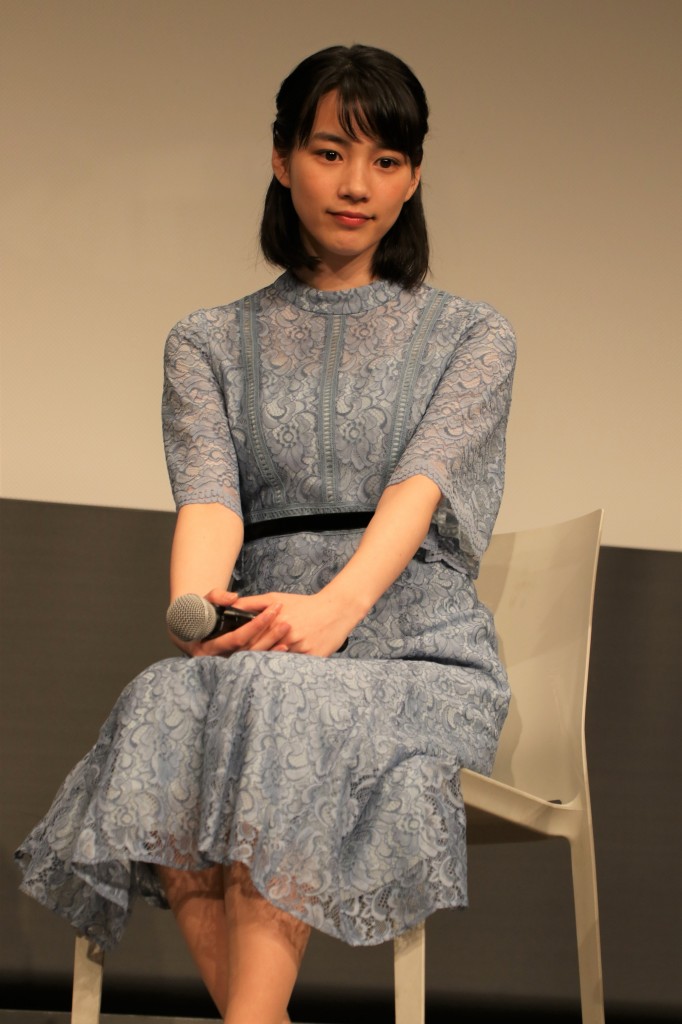 At the end of the stage, Ms. Non and Ms. Iwai reconstruct one scene from the film replying to a request from Ms. Nishizaki; “In this world, we rarely lose where you belong. Right, Suzu-san?” “Thanks, Rin-san.” The audience was excited about the performance just like the real anime-recording.

« Talk Show on “A picture with Yuki”The Hiroshima Film Festival 2019 has finally started! »