<Story>
The life of Fermín goes by, divided between his work as a diablero (a heaver who gets paid for carrying merchandise around with a hand truck, known in Mexico as a diablito) and the confinement he lives in within his house. Like him, other families live in a vecindad in the heart of Mexico City, each existing in the self-absorption of their own universes. One day, a company colluded with the government threatens to evict the vecindad tenants in order to build a mall. The tenants are forced to come out of their apathy and come together to defend their homes. Fermín must work with them, thus having to open doors and windows and acknowledging issues he didn’t want to see before. 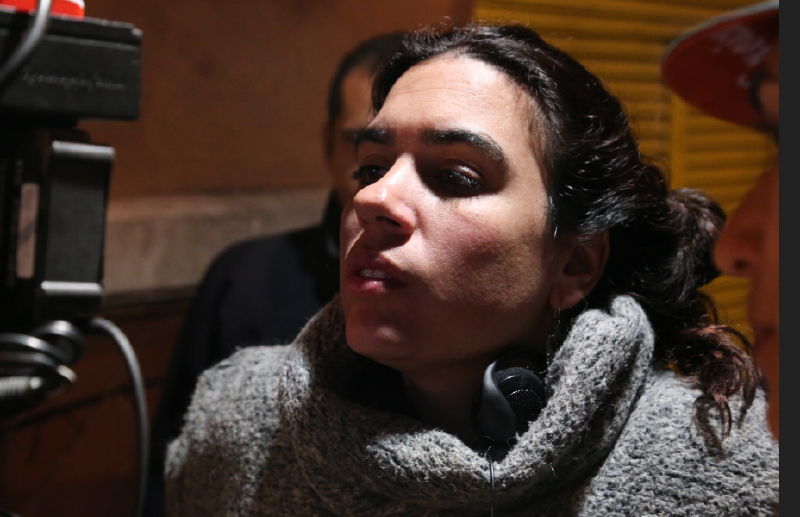 Iria Gómez Concheiro
Iria Gómez Concheiro studied at the Centro de Capacitación Cinematográfica （C.C.C.） She is co-founder of the production company Ciudad Cinema, with which she has produced various independent projects in Mexico, Colombia, and Italy.With her graduation short film 'Dime lo que sientes' （Tell me what you feel） she has received more than twenty national and international awards.With her first fiction feature film 'Asalto al cine' （The Cinema Hold Up）, won the 'Cine Cinema' award at 'Cine en Construcción' of the Toulouse Film Festival and the ‘Casa de las Américas’ award for postproduction at the San Sebastian Film Festival.Asalto al cine had its world premiere at the Sundance Film Festival and was recently awarded the Best First Feature award at the Guadalajara Film Festival. It was also part of the 'Horizontes Latinos' competition at the 2011 International Film Festival of San Sebastián and also un Warsow.With her Second Film, Antes del Olvido （Before Oblivion, Best Mexican Picture Guanajuato International Film Festival） with the support of Eficine, Ibermedia, Proimágenes Colombia and Procine DF, she´s looking forward to find the distribution of the film in the world.Today Iria is looking forward to get founds to film her next projects: Here be dragons and Absence.