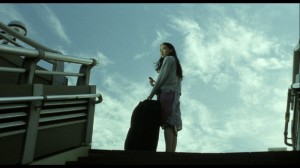 ＜story＞
“I will move out once I save one million yen!” Suzuko (Yu Aoi), unremarkable young teen decides to move out of a sequence of apartments for this odd reason after she was released from prison, also to deal with the neighborhood gossip about her and family conflicts. She continues to move from one place to another every time she saves one million yen. This road movie portrays a young woman’s personal growth through a wide variety of life experiences. She decides to save one million yen, move to where no one knows her and keep repeating the process. 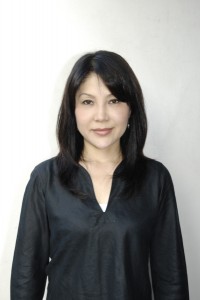 ＜Guest＞
Koko Maeda
Making a debut as a film producer with Shunji Iwai's 'Swallowtail Butterfly' in 1996, continued producing 'All about Lily Chou Chou'(2001), 'Hana and Alice' (2004), produced with Iwai 'Rainbow Song'(directed by Naoto Kumazawa, 2006). Worked on a big hit TV drama 'GTO' to a feature film and produced 'Big Show' in 1999. Expanded the field of activities overseas such as Hong Kong, Taiwan and US, joined with Wong Kar-wai's Hong Kong film '2046' in 2003, Taiwan's 'Silk'(Su Chao-bin) in 2006 and produced Quentin Tarantino's 'Kill Bill' in 2003 and 2004. In 2007, started up own production company Alchemy Productions to create more original films and expand activities. It's first original work '100 Yen Girl' by Yuki Tanada which was a big hit in 2008. The next original work was 'Patisserie Coin de rue' in 2011 with Yoshihiro Fukagawa. Challenged with popular TV director Yukihiko Tsutsumi for a social film 'MY HOUSE' in 2011. Tried to discover and develop talented directors from various area like theater and commercial field. Selected an acknowledged commercial director Show Yanagisawa for an original work 'Lost and Found' in 2014 which was selected to both Montreal Film Festival and Shanghai Film. Also picked out a featured stage director Toru Hosokawa to direct his first feature film 'Southern Wind Sea Maneuvers' in 2012. Continued working with Hosokawa and his second film 'Golden Orchestra' and the thrid new film 'Hikitas are expecting' was selected this year's Beijin Film Festival and released in October 2019. Yuki Tanada
Born in Fukuoka Prefecture, Tanada pursued theater in high school before entering the Image Forum Institute of the Moving Image to study filmmaking.[1][2][3][4] Her independently produced film Moru won the grand prize at the 2001 Pia Film Festival. Her next work, Takada Wataru: A Japanese Original, a documentary on a Japanese folk singer, was featured at the 2003 Tokyo International Film Festival. She won the Directors Guild of Japan New Directors Award for her 2008 film One Million Yen Girl.. She has written the scripts for many of her films as well as contributed the script to Mika Ninagawa's Sakuran] Tanada has directed various films including Oretachi ni Asu wa naissu(2008), The cowards who Looked to the Sky(2012), Romance(2015), My Dad and Mr.Ito(2016), Tokyo Women's Guidebook(2016) which released as Tokyo Girl and her latest work is Romance Doll which is based on her own novel and will be released January 2020.