From 18:00 on Saturday, November 19th, the Asian premiere screening of "The Ship" and a recorded talk by Pablo Cruz-Guerrero, who starred in and produced the film, took place at Hiroshima City Cinematographic and Audio-visual Library. 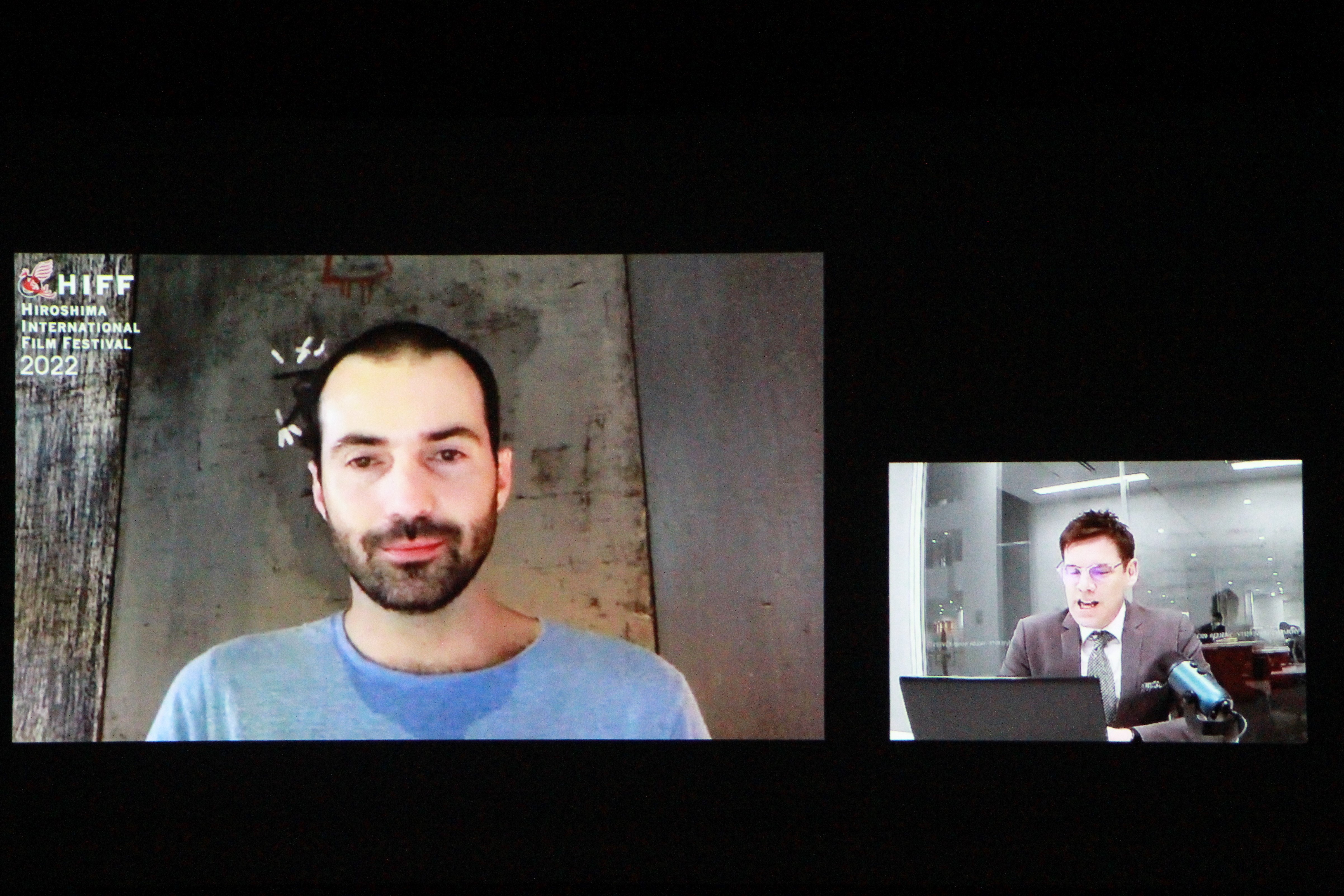 The Mexican movie, "The Ship" is based on a true story, and the main character is Miguel, who is the DJ of a radio program called "The Ship". Unchanging days continue, and while falling into the so-called "midlife crisis," he is struggling when he received a request from a boy with cancer to "take me to the sea on a ship." While he is about to give up, he gets courage from the boy and those around him, and eventually breaks out of his shell and jumps out. The story unfolds with attractive music and tender animation. 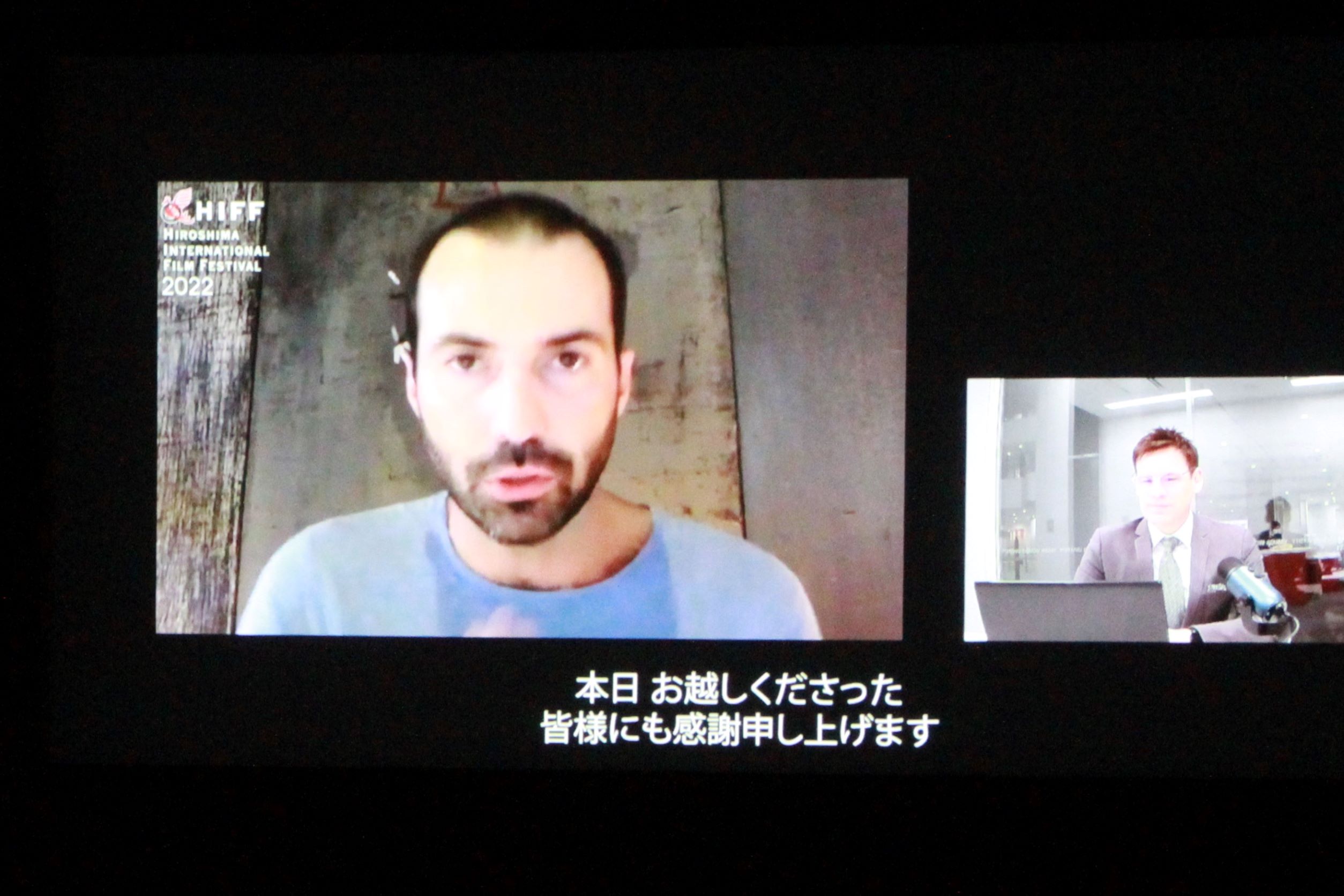 After the screening, a video of Mr. Guerrero answering questions in an interview by Associate Professor John McLean of Yasuda Women's University was shown. Mr. Guerrero has been an actor since his late teens. Over the past decade, he has turned his attention to leading projects himself, and has branched out into writing and producing. In addition to starring in this film, he is also the producer and screenwriter. The production of "The Ship" was inspired by an encounter with a local radio host who would serve as a model for the main character. Mr. Guerrero was impressed by the host's dedication to children and how he became a popular figure in the community, so he began writing the script. Mr. Guerrero learned that the children in the hospital never became negative and lived energetically and positively. He decided to make it the theme that even if they have difficulties, they can overcome them without running out of energy if their heart is healed.

When Mr. McLean introduced some of the impressions of those who had seen the movie in advance; a person said that she was most moved by the scene where the boy said to his mother, "Even if I go to heaven, I will always watch over you." It seems that Mr. Guerrero's intentions were clearly conveyed. Mr. Guerrero was asked to give a message to the audience at the end. He said, "Thank you for letting 'The Ship' navigate again. I hope to go to Hiroshima someday and meet the audience."

« Award Winners of the 10th Annual Competition of Art in Hiroshima Pref.A talk show followed the screenings of “Best of Hiroshima Animation Seasons 2022” »