Announcement of “Village” to be released in 2023: showing a microcosm of modern Japanese society. 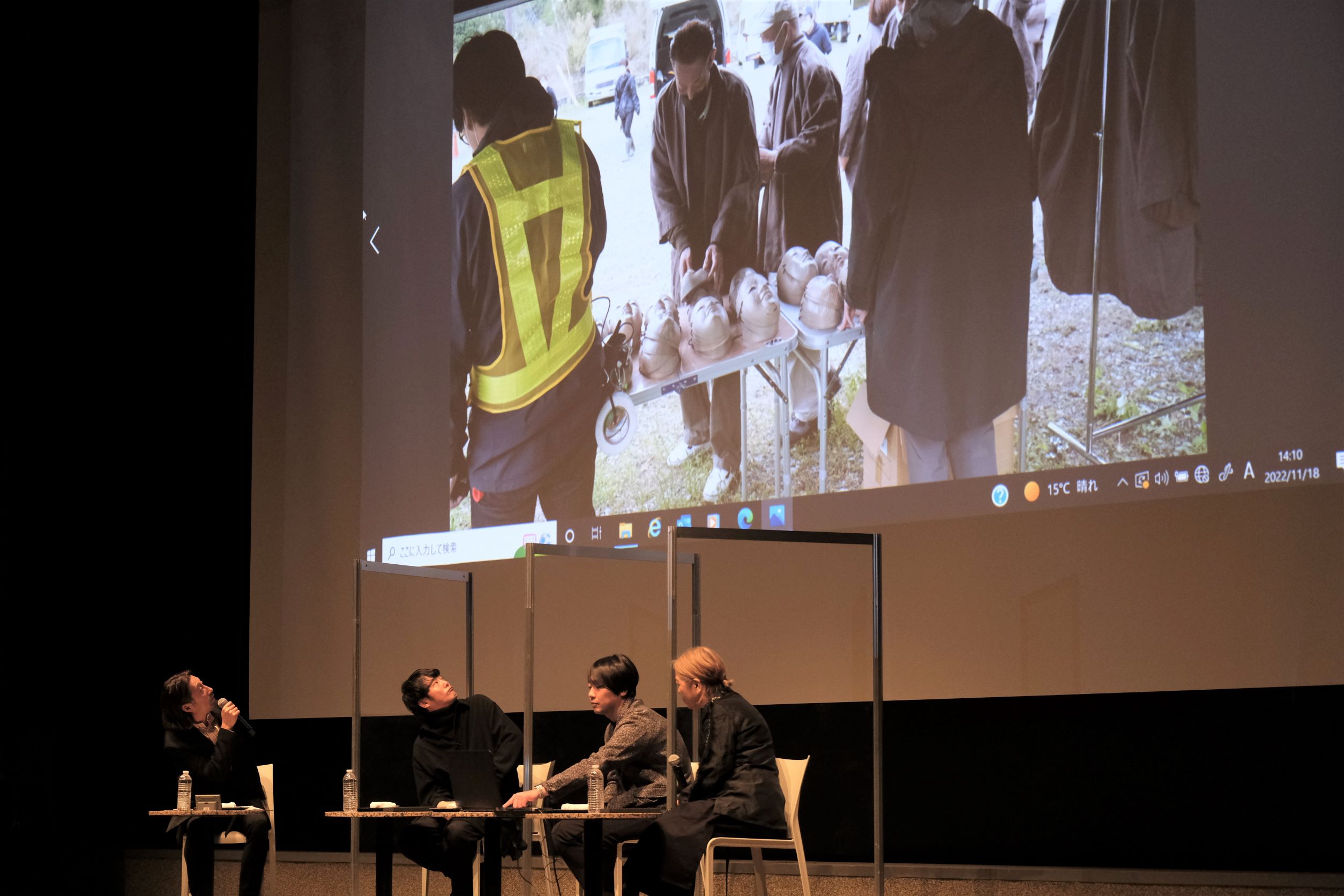 Director Michihito Fujii announced “Village”, his film to be released in 2023 in the first theater of NTT CRED Hall, at 1:50 pm on Friday, November 18, 2022. Following the announcement, a talk show was held with guests who has been working for the film, Dir Fujii, Producer Ryo Yukizane and Art Director Kyoko Heya. Freelance radio personality Mr. Michita Kimura also joined the event as a facilitator. 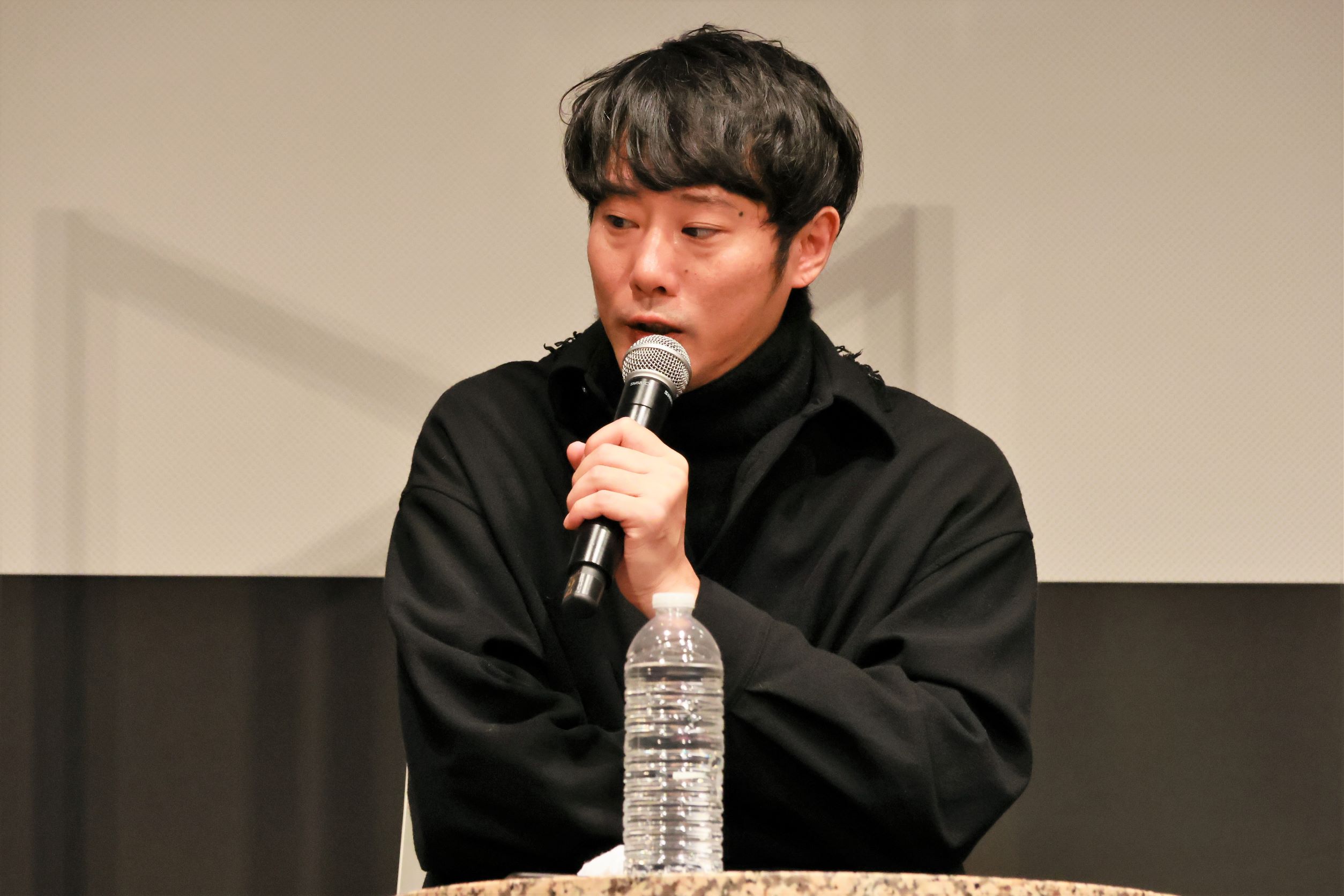 Hiroshima International Film Festival had never had such events focusing on films waiting for their release before. Dir Fujii accepted the commission of its script writing from Executive Producer / Planner of the film, Mitsunobu Kawamura, who passed away about six months ago.

Dir. Fujii explained that the film making was still in progress because the project team was taking special care of details on computer graphics and other visual effects, which caused the audience to be surprised. 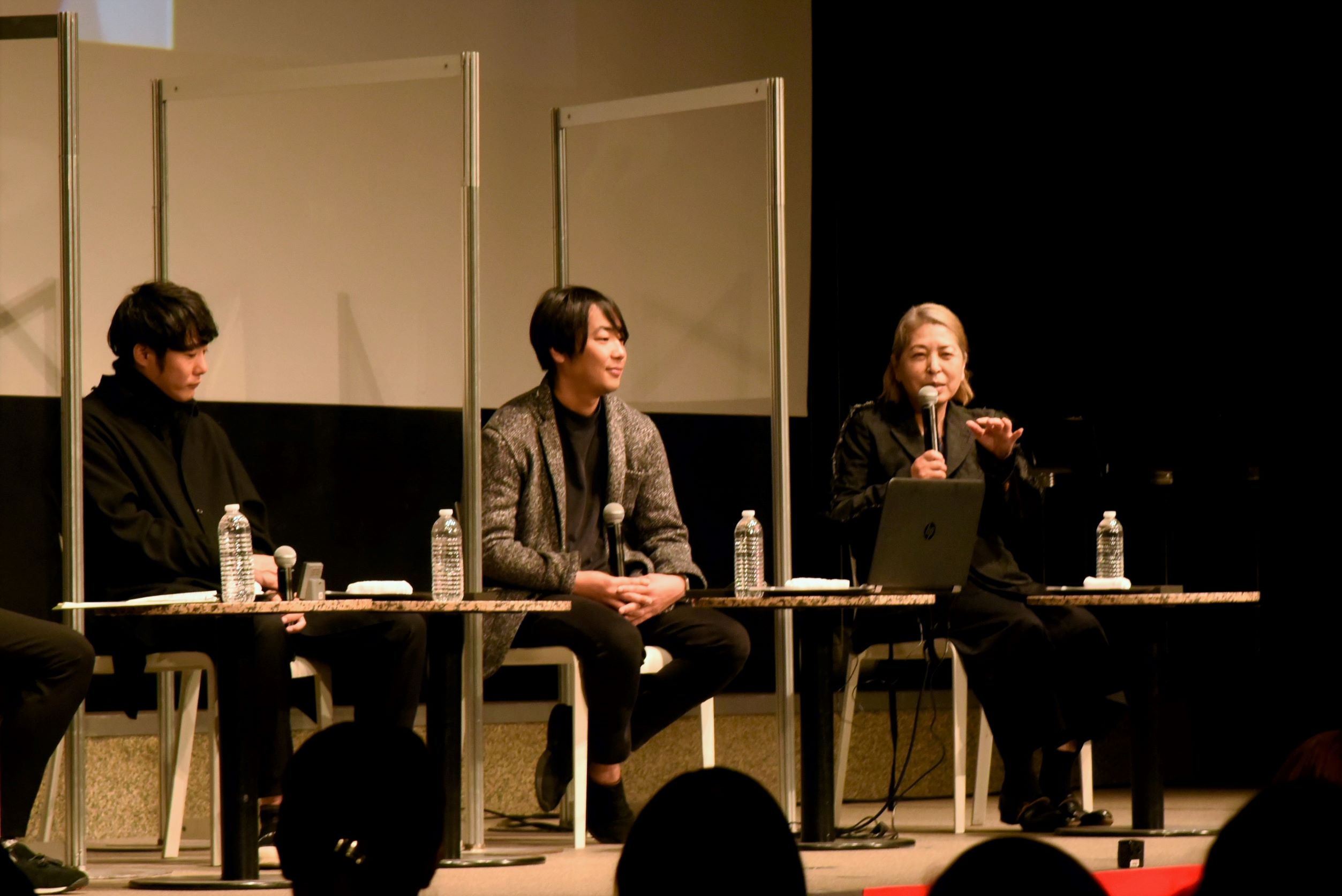 When asked what Kawamura was like, Dir Fujii replied that he was like an “out-of-control locomotive.” “Now, Yukizane and I are leading the project, we still have lots of things to consider, like homework Kawamura left to us.” Producer Yukizane nodded at Dir. Fujii’s expression.

In the talk show, some photos taken during the film’s shooting were also exhibited, such as people wearing Noh masks (Noh is a major form of classical Japanese masked dance-drama with which artistic masks generally with static emotions are worn by a very talented outside storyteller whom acts, but is not a main character). Noh would be the key to the story (. Dir. Fujii said he paid special attention on choosing the Noh stage for a shooting location that he sought for a Noh stage across Japan which would be suitable for the film.

He also added “I was reluctant to do research on Noh because I had never dealt with it before. But later I found its profoundness. It has something speaking to our hearts, even more because the necessity of entertainment was discussed during recent pandemic period.”

Art Director and HIFF President Heya highly acclaimed the film as “depicting a microcosm of modern Japanese society.” She also explained that it would make the audience confront problems in Japan, not as somebody else’s problem, but our own.

Producer Yukizane explained the production company of “Village”, Star Sands always produced film with a big emphasis on depicting times they live. He also promised hard work of the team would make the film even more worth watching in many aspects including visual effects.

Mr. Michita Kimura gave his impressions that guests’ comments told him how enthusiastic they worked for the filmmaking, which also made the film more vivid even though he didn’t watch it. 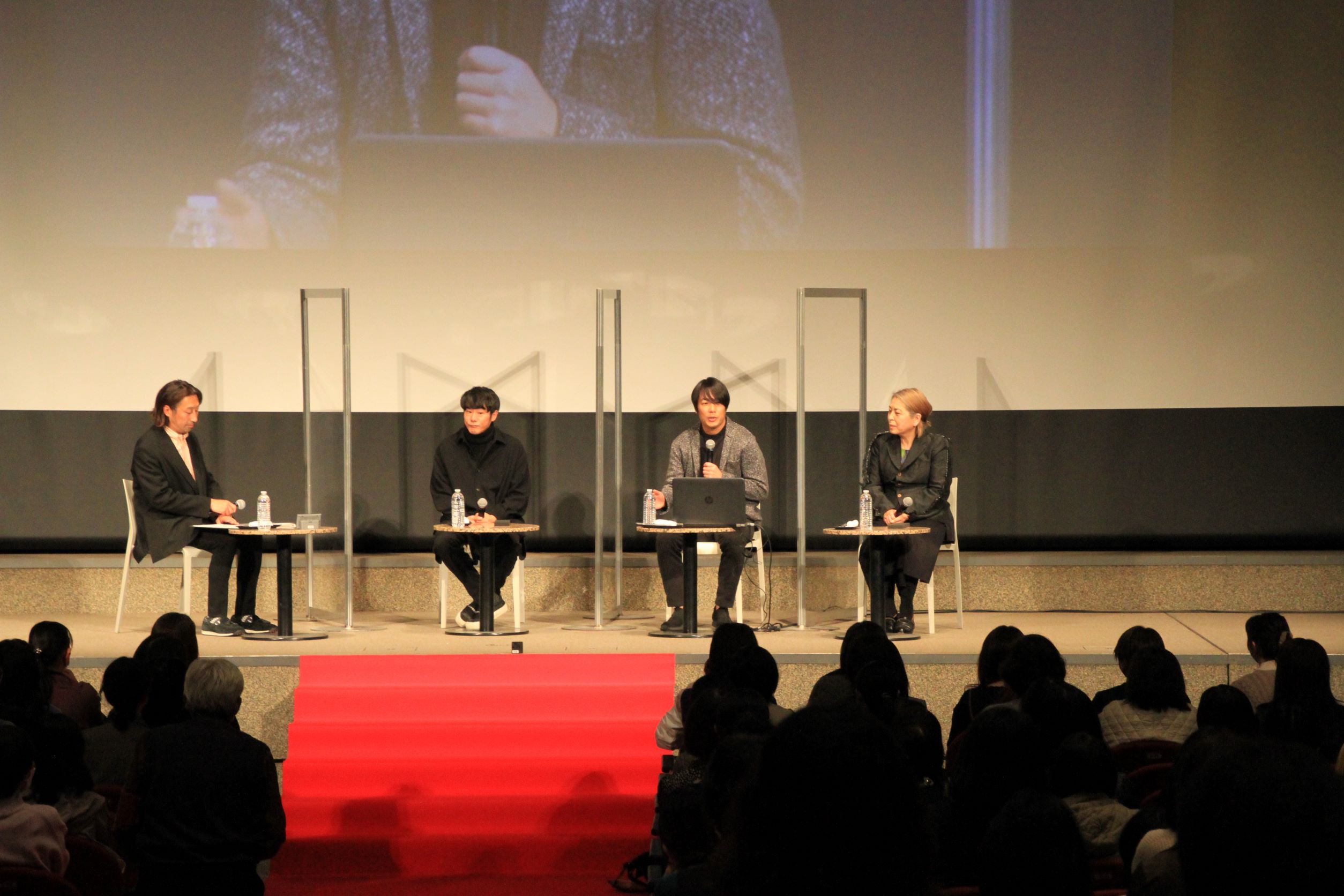 At the end of the show, Dir. Fujii mentioned about Mr. Ryusei Yokohama, who often worked for films with him. In “Village,” Mr. Yokohama acted as a main character.

“I have longed to make a film like this with my buddy, Ryusei. ‘Village’ would convey profound messages which wouldn’t be expressed in a single word. We’d like to keep releasing films that make the world wow, taking over the spirit of Mr. Kawamura, the executive producer, and the former representative of Star Sands.” As Dir. Fujii concluded the event, warm applause filled the hall.