Screening of “The Ship” directed by Sebastián BATAN SILVA (Mexico) , and a recorded Talk Show by Actor, Writer, and Producer Pablo CRUZ GUERRERO. 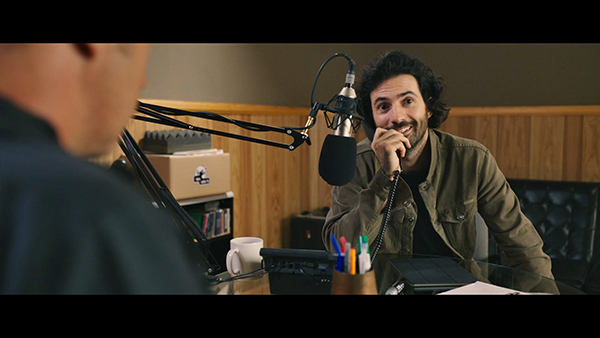 
＜Story＞
Miguel, a sarcastically pessimistic radio host of a show named “The Ship,” is submerged in an endless routine. Miguel's life turns upside down after receiving a call from an amazing seven-year-old kid who asks him to help fulfill his last wish before he dies: To travel in “The Ship” to see the ocean for the first and last time. Miguel will have to use his imagination and step out of his comfort zone in order to grant this extraordinary request before it's too late. 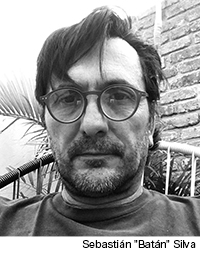 Director： Sebastián BATAN SILVA
Director Sebastián BATAN SILVA, born in 1964 in Mexico City, worked as an assistant director for more than 30 years in projects alongside the likes of James CAMERON, Robert ZEMECKIS, Guillermo del TOR, Alejandro GONZALEZ INARRITU, Robert RODRIGUEZ, Roland JOFFE, Julian SCHNABEL and Terrence MALIK.  In 2007, BATAN SILVA distinguished himself as an independent feature-length film director with “Nonna’s Trip,” which he also wrote and produced. He then went on to direct the feature-length films “After Darkness” (2019), “Compulsion” (2019), “La Nave” (2022), and “I Married an Idiot (2022).” He is also known for his work on numerous well-known TV series, directing “Niño Santo,” “Cuentos para Solitarios,” and “Hora Marcada” for audiences in Mexico, and “Grimm,” the second unit of “Narcos” for all of the second season, “Mayans MC,” “The Boys,” “Law & Order SVU,” “Animal Kingdom,” “Chicago Fire,” “Queen of the South,” “The Flight Attendant,” “The Sinner,” “Resident Evil,” and “Rabbit Hole'' for audiences worldwide. Building on this, he played the dual role of director and executive producer for Amazon’s “Diablo Guardian” and HBOmax’s “Coyotl.”

« Announcement of “Village” to be released in 2023: showing a microcosm of modern Japanese society.(日本語) 藤井道人監督最新作、2023年公開『ヴィレッジ』告知 »