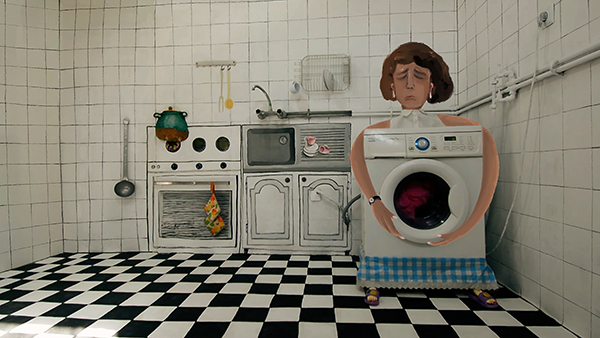 ＜STORY＞
Home and family, relationships, desires, wishes and everything is summarized in a kitchen. The stuttering boy is alone there, playing with his imagination. 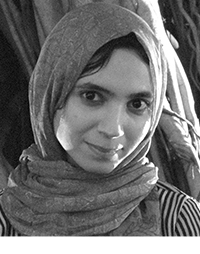 Mahboobeh Kalaee
Mahboobeh Kalaee (1992, Iran) graduated from the Tehran College of Fine Arts with a BA in Industrial Design (2015). A MA Animation Directing at Tehran University of Art (Faculty of Cinema & Theater) (2020). She is a 2D animator, author, illustrator, graphic designer, and director of experimental and short animations.
Her first professional film's success motivated her to devote herself full-time to her special mix media technique, as well as to study the form and narrative structure of experimental films. Her favorite forms are studies on real-world images as an animation material that led to essays films and creative animated documentaries. Her goal is to create a world which stands in the blurry line between the real and the imaginary.