Sorry, this entry is only available in 日本語. 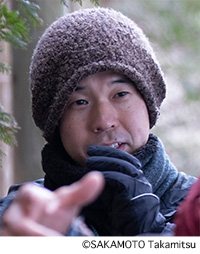 KANEKO Masakazu
KANEKO Masakazu, born in Tokyo on January 24, 1978, studied for an undergraduate degree at Aoyama Gakuin University’s School of International Politics, Economics and Communication. After graduating he enrolled in the Film School of Tokyo, where he studied under the Japanese filmmaker and screenwriter ZEZE Takahisa. In the years that followed, he made TV commercials, promotional videos for businesses, and six short films.
In 2016, KANEKO broke onto the international stage with his first feature-length film, “The Albino’s Trees.” In addition to screening at cinemas throughout Japan, the film was selected for the category of upcoming filmmakers at Beijing International Film Festival, won the triple crown—Best Feature Film, Best Director and Best Cinematography—at the historic Portuguese International Film Festival of Figueira da Foz, and brought home 20 other awards from festivals around the world.
In 2021, KANEKO’s second feature-length film, “Ring Wandering,” premiered at the 37th Warsaw International Film Festival, where it was selected for the Ecumenical Jury Award Special Mention. It screened for the first time in Japan at the 22nd TOKYO FILMeX, won the coveted Golden Peacock Award at the 52nd India International Film Festival in Goa, and won the Best Screenplay Award at the 43rd Durban International Film Festival in South Africa. It has also been shown at cinemas in Taiwan and in Japan where it screened for more than six months.
Concurrent with the release of “Ring Wandering,” KANEKO has continued to push forward with his next film “The Water Sprite.” His talent and determination resulted in selection for the Agency for Cultural Affairs' 2021 Japanese Film Overseas Development Enhancement Project. Joined by three other upcoming Japanese filmmakers, his work will feature at 72nd Berlin International Film Festival and European Film Market on the recommendation of UNIJAPAN.