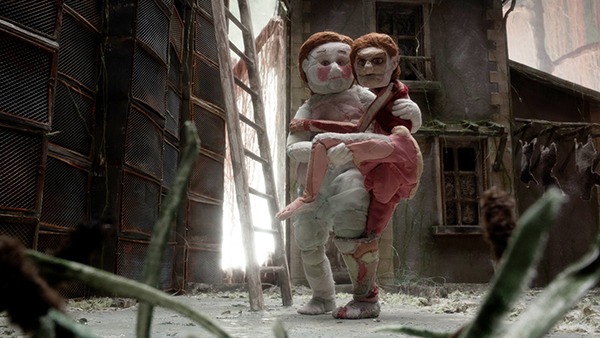 ＜STORY＞
In an old building, lost in the middle of the swamp, live two strange women, Siamese twins by one leg: the Skinned and the Puffy. At night, the Flayed has terrifying nightmares in which she sees her sister's flesh covering her own body... In an effort to survive, the Skinned murders her Siamese. Freed, she learns to live alone, but strange noises come to torment her nights: the Puffy comes back to haunt her... 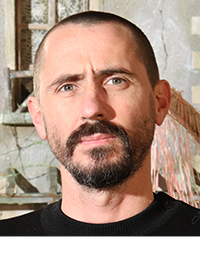 Joachim Hérissé
Born in 1979 in Anjou (West of France), Joachim HÉRISSÉ is a self-taught animator, author and director. Since 2000, he has been working as a 3D animator in special effects and animation studios in Paris. In 2005, he directed his first cut-out animation series for Canal + Jeunesse.
Passionate about stop-motion animation, he started in 2010 to work as an author on short films and series. He was awarded several writing grants. In 2015, he created the production company Komadoli Studio, specialised in stop-motion animation.
Skinned is his first short film, in stop motion, produced in partnership with Arte. He is currently working on Dolls, a series project based on the universe of Skinned and on his first 2D feature film project, The stone.