MATSUDA Anna, a headstrong reporter for Toto Shimbun, is looking into a case of corruption that stretches up to the highest levels of government. Come what may, she refuses to bow down to peer pressure, staying true to her belief that “the public has a right to know and journalists have a duty to let them know.” Her dogged approach brings her into conflict with the Prime Minister’s Office at a press conference. She dares to transcend a line; asking questions that many believe heretically cut too close to the bone, but ultimately lead to an earth-shattering scoop that rocks the very foundations of the ruling party.
After receiving a nuanced message from the Prime Minister’s Office, The Chubu Finance Bureau sold state-owned land at a cut price to Eishin Academy, which has close links with the first lady. While MATSUDA is following up on a case of subsidy payment fraud, she gets sidelined by information about the Eishin’s land purchase.
MURAKAMI Shinichi, a junior bureaucrat, joined the Ministry of Economy, Trade and Industry with a burning desire to serve the people. Appointed to the Prime Minister’s Office as secretary to the first lady, he is tasked with pushing through the sale of state-owned land to Eishin Academy. He blindly carries out his edict, believing it to be in the interest of the country, personally informing the Ministry of Finance Director General that the sale is in line with the wishes of prime minister. In doing so, he inadvertently embroils himself in the conflict that ensures. When news of the land sale reaches the public eye, the Cabinet Intelligence and Research Office step in and quickly work to change the narrative, shifting blame from the upper echelons to frontline workers.
SUZUKI Kazuya, a devoted employee at Chubu Finance Bureau, is spending a relaxing evening at home when he gets a phone call telling him to go back to work. On arrival at the Bureau, his boss instructs him to falsify documents for Prime Minster Question Time. With his back against the wall, any protests SUZUKI musters against an act that fundamentally undermines democracy are pointless. His actions weigh so heavily on his mind that they break his spirit, push him to exhaustion, and thrust him into a mental abyss so deep that he is beyond the reach of his loving wife, Mayumi.
KINOSHITA Ryo, a student in his final year of university, is doing a paper round to pay his university fees. With no knowledge nor interest in politics, the front-page story about Eishin Academy seems like it’s happening in another world. His long-held belief that one man’s efforts cannot change the world are soon put to the test. Unable to suppress a deep sense of indignation, a feeling he has never experienced before, his path crosses with a female journalist, changing his destiny for good.  Sacrificing staff on the frontline is an entrenched organizational strategy used to ensure survival. How can such overwhelmed individuals struggling to survive keep moving forward? How can the media, bureaucrats and the ordinary people come together to fight for justice when the truth is buried so deep, it’s all but impossible to unearth? 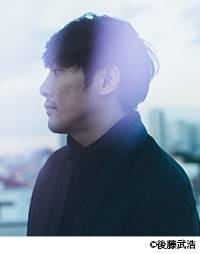