Mediterraneo: The Law of the Sea 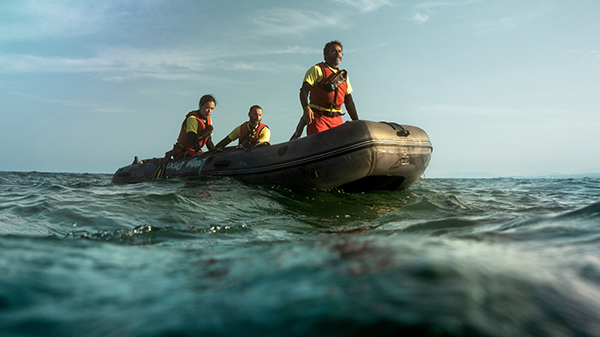 ＜STORY＞
This is a drama based on a true story about a group of Spanish lifeguards struggling to rescue Syrian refugees. In Autumn 2015, two Spanish lifeguards, Oscar and Gerard, travel to the Greek island of Lesbos after seeing the heart-wrenching photograph of a little boy drowned in the Mediterranean Sea. They arrive to discover a shocking reality: thousands of people risking their lives every day by trying to cross the sea in the most precarious of vessels, fleeing from armed conflicts and other miseries in their home countries. But the thing that stands out most is that no one is doing any rescue work.  Together with Esther, Nico and other members of the team, they fight to do the job that none of the authorities are doing and provide support to the thousands of people who so badly need it. For all involved, this first trip will turn into an odyssey, one that will change their lives forever. 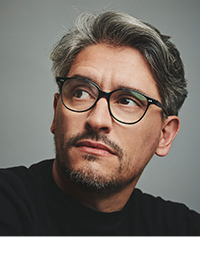 Marcel BARRENA studied Law and Cinema in Barcelona. He won the Gaudí Award with his movie debut, the acclaimed TV movie "Cuatro estaciones." He also won Best Movie and Best Director in Alicante Film Festival, and "Cuatro estaciones" was the first TV movie ever selected at CinemaSpagna in Rome and Tarazona.
Since 2002, Marcel's work has been published in Fotogramas magazine, making him one of its youngest writers ever.