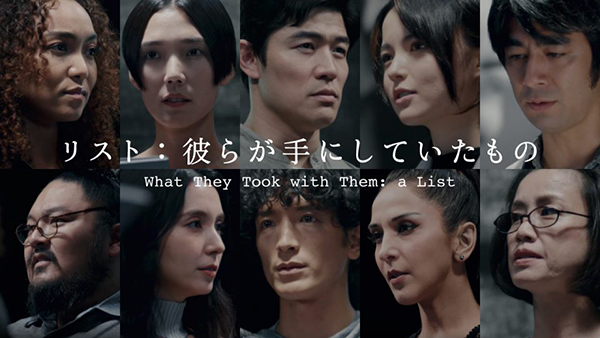 ＜STORY＞
In May 2022, for the first time in history, the number of people displaced from their homes due to conflict, violence, human rights violations, and persecution exceeded 100 million. What is the list of things they took from their homes in less than 10 minutes, and what are their words reflecting on that time?

＜COMMENTARY＞
The original story, "What They Took With Them: a List," was written by author Jenifer Toksvig in 2015, inspired by the stories and first-hand accounts of refugees forced to flee from their homes and what they took with them. One of the sources for the poem was photographer Brian Sokol's photo project with UNHCR, "The Most Important Thing," and UNHCR Goodwill Ambassador Cate Blanchett and her supporters performed the poem in a 2016 poetry reading film, which features many of Brian's photos.

The Japanese version of the poem was completed with a long and careful word-by-word selection process, based on our understanding of the intent behind the original work in consultation with Jennifer Toksvig. The tense images, recorded in a way that does not destroy the worldview of the original work, are sure to move the viewer's heart. We hope to raise awareness and understanding of "refugee" in Japan, and to have as many people as possible come into contact with the keyword "refugee”. All of us involved sincerely hope that it will inspire you to take action.