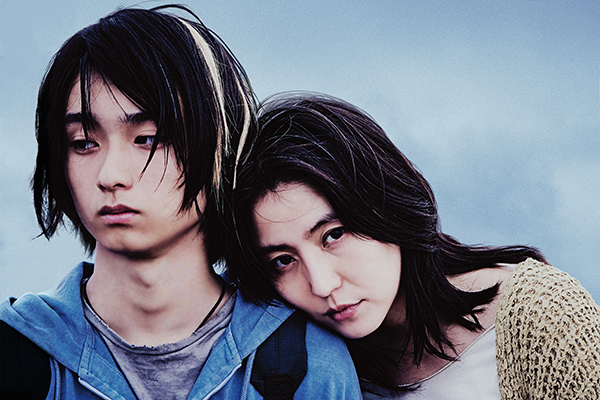 ＜STORY＞
"Mother" is a crime drama inspired by an actual case of a juvenile murdering his grandparents. KAWAMURA Mitsunobu, producer of “The Journalist,” and Omori Tatsushi, director of “Every Day a Good Day,” team up to dig deep into the dark secrets of the young perpetrator and his mother.
Shuhei (OKUDAIRA Daiken) tries to satisfy the distorted affection of his single-mother, Akiko (NAGASAWA Masami), who lives an ad hoc lifestyle and maintains casual relationships with men. The bond between them which develops as they gradually become isolated from society drives the grown-up Shuhei toward committing a murder. 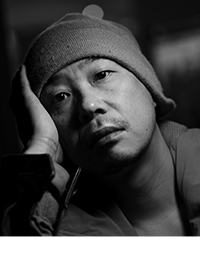 OMORI Tatsushi
ŌMORI Tatsushi, born in Tokyo in 1970, is the first son of the actor, butoh dancer and theater director MARO Akaji . He is also the older brother of the actor ŌMORI Nao.
ŌMORI entered the film industry as an assistant director to some of Japan’s best-known filmmakers, including ARAI Haruhiko, SAKAMOTO Junji, and IZUTSU Kazuyuki. Then, in 2001, he took on the joint role of actor and producer in OKUHARA Hiroshi’s film “Wave,” bringing home the NETPAC Award from the 31st Rotterdam Film Festival.
In 2005, ŌMORI directed his first film, The Whispering of the Gods, produced by ARATO Genjiro, which led to his being selected for the Upcoming Directors’ Prize at the 15th Japan Professional Movie Awards. From 2010 onward, he has worked relentlessly, directing dramas and films, many of which have gained accolades and invitations: “A Crowd of Three” (2010)—official invitation to the Forum Section of 60th Berlin International Film Festival and Best Upcoming Director at the 51st Directors Guild of Japan Awards; “Tada’s Do-It-All House” (2011)—ranked fourth in Kinema Junpo Award for Best Film of the Year; “Bozo” (2013)—Best Picture at the 23rd Japan Professional Movie Awards; “The Ravine of Goodbye” (2013)—Special Jury Award at the 35th Moscow International Film Festival and Best Director at the 56th Japan Railfan Club Blue Ribbon Awards; “Kanata no Ko” [lit. Kanata’s Child] (2013)—four-part WOWOW drama series; “Tada’s Do-It-All House: Disconcerto” (2014); “Seto & Utsumi” (2016); “And Then There was Light” (2017)—selected for screening at the 12th Rome Film Fest; “Every Day a Good Day” (2018)—Best Director at the 43rd Hochi Newspaper Film Awards; “When My Mom Died I Wanted to Eat Her Ashes” (2019); “Taro the Fool” (2019); “Mother” (2020)—Grand Prize at the 75th Mainichi Film Awards for Best Film; and “Under the Stars” (2020)—30th Japan Film Critics Award.
ŌMORI's latest film “Goodbye Cruel World” was released in 2022.