A recorded online interview of Director Marcelo Tobar was screened

A recorded conversation with Marcelo Tobar, who directed "The Idealists' Club" was screened.

"The Idealists' Club" directed by Marcelo Tobar was screened at the Hiroshima City Cinematographic and Audio-Visual Library on November 19. After the film, a recorded online interview of Director Tobar was screened. (The interviewer was Associate Professor John McLean from Yasuda Women's University.) 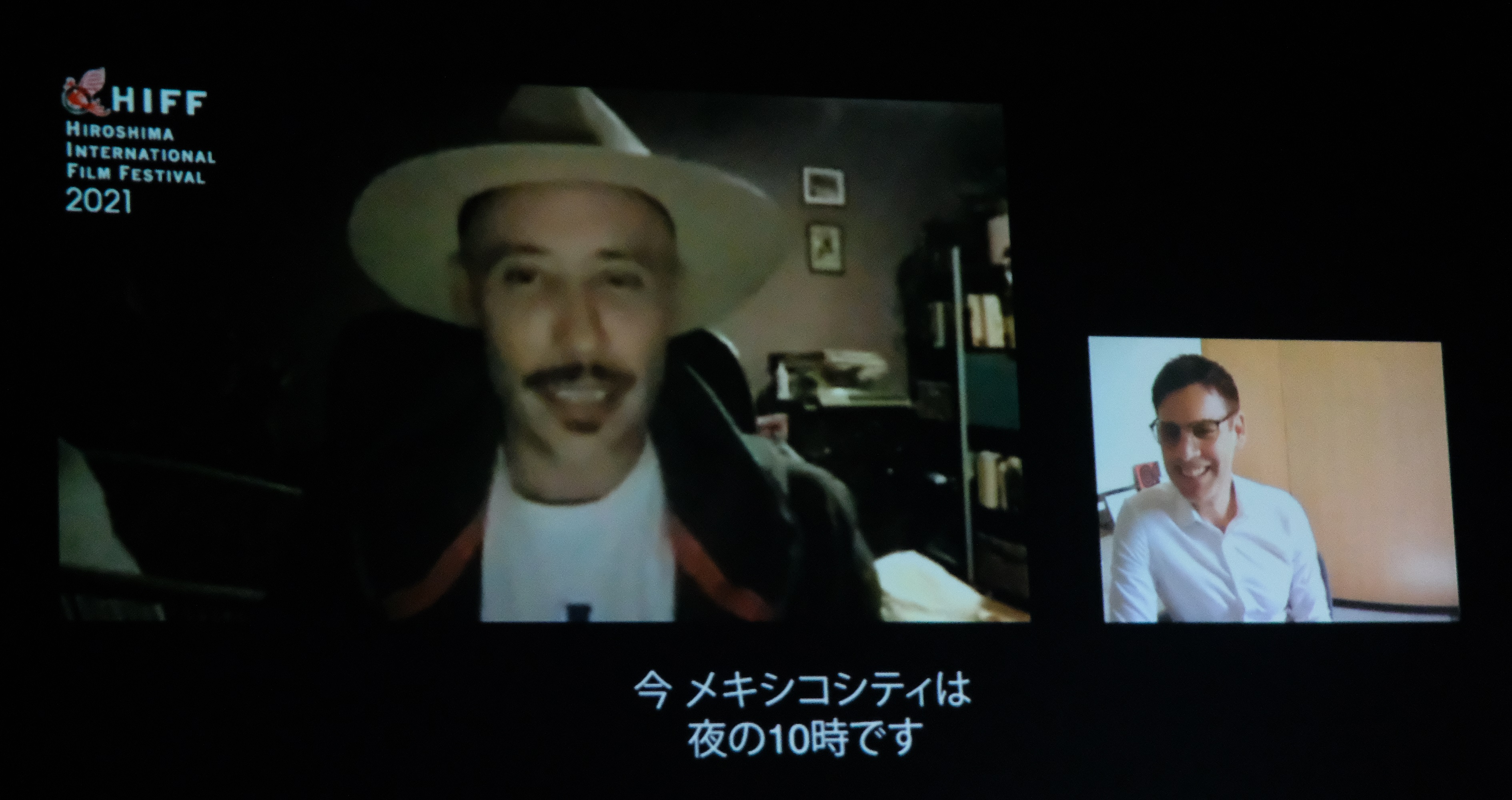 The scene of "The Idealists' Club" is set in Mexico. It portrays the joy of spending time as characters wish at a house, which realized everything they wished in their 20’s, where characters in their 40’s reunite. The work well describes the personalities of the characters and the relationship between them with reality.

Director Tobar describes friendships as family-like relationships and family members have defined positions for themselves and stick to them, but this also happens in friendships. In "The Idealists' Club", conflicts in such situations are detonators for human relations according to the director.

When asked to give a message to himself in his 20s, in relation to the depiction of people who are realizing their ideals in their 20s in the Idealist Club, Director Tobar stoutly said "You don't have to accept others’ evaluation of you." He strongly argued that if you could express your wish, it conveys to others, so it would be better to live being honest to yourself. He also said that since the "Ideal Club" depicts people in their 40s, it is interesting that this movie is especially enjoyable for generations in their 30s to 50s who can reflect on their ideals in their 20s.

« (日本語) 『ヤクザと家族 The Family』の藤井道人監督と綾野剛さんのトークショーA teach-in by Dir. Ishii, he says “The most excellent communication is to grab beer” »