The opening ceremony of Hiroshima International Film Festival (HIFF) 2021 was held in the first theater in NTT Cred Hall on Friday November 19 at 10:00, with Michita Kimura as master of the ceremony, and Queen V as interpreter. The President of HIFF, Kyoko Heya addressed the audience at the beginning, then guests of honor appeared on the platform; Film Director Mika Kawase, Dir. Masato Oki, Dir. Taichi Fuji, Dir. Kimihiko Nakamura, and Dir. Michito Fujii.

After the HIFF president introduced those talented film creators, HIFF Executive Committee Chairman Kazutaka Yamamoto and Mayor of Hiroshima City Kazumi Matsui stepped onto the stage. Chairman Yamamoto mentioned that the program has more films set in Hiroshima this year than usual. Also, he explained that the Committee took various measures to prevent infection of Covid-19, hoping the event would be successful even in the pandemic. Mayor Matsui gave his address in Japanese and English and appreciated the festival’s presenting many powerful films from Hiroshima, symbol of revival and hope. Mayor also expressed gratitude to the members of the executive committee and volunteers. 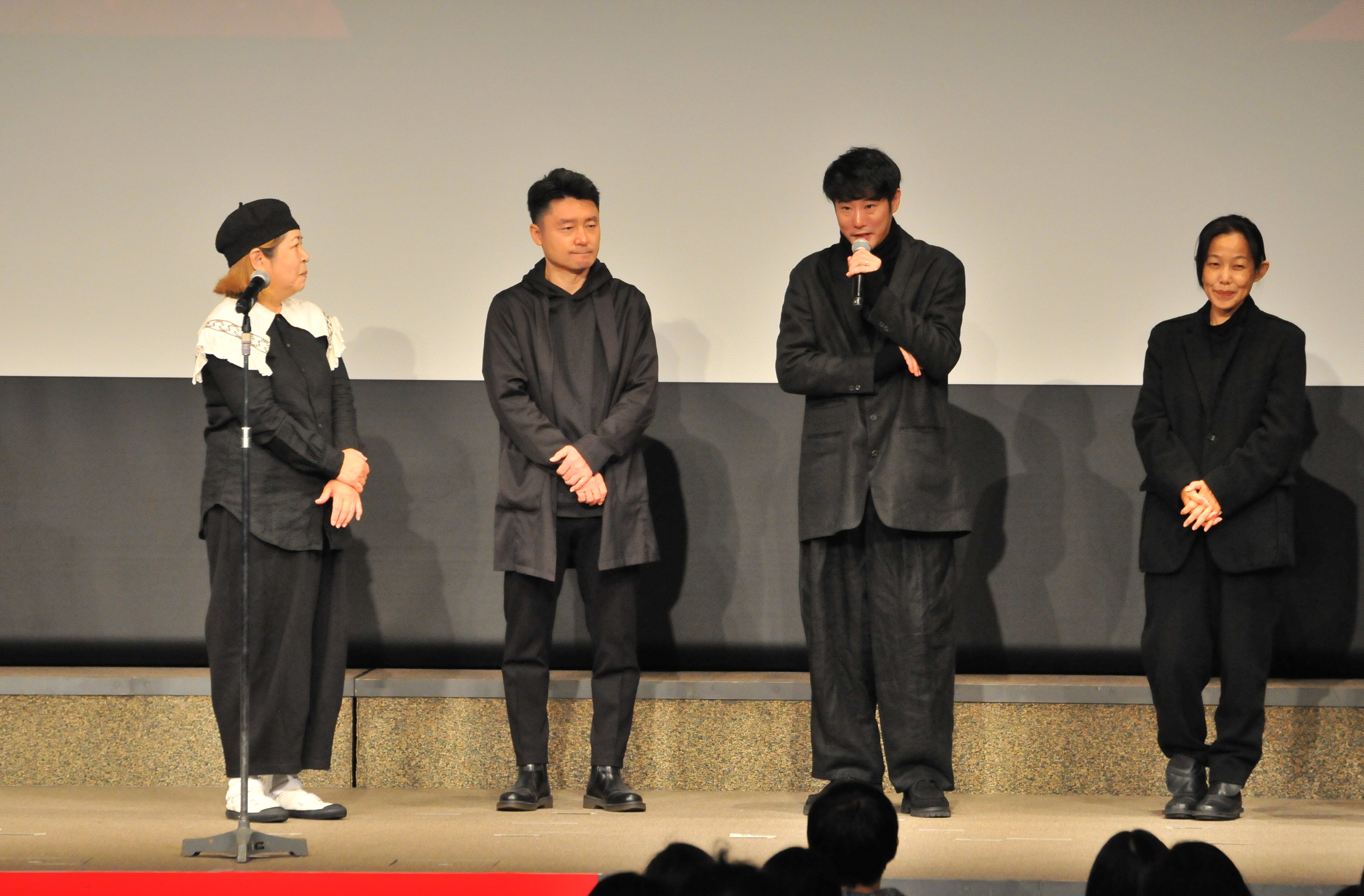 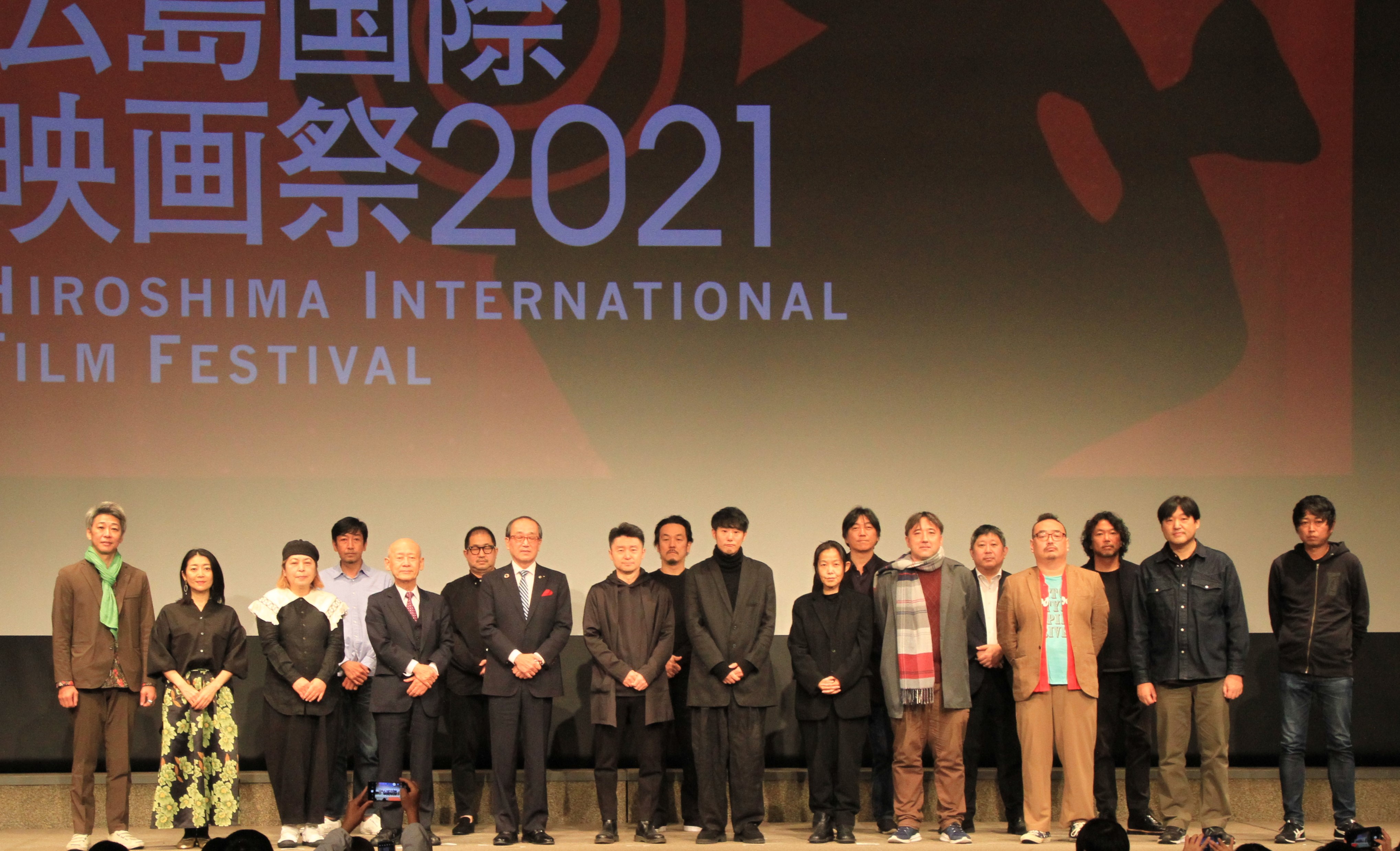 At the end of the ceremony, the President of HIFF proudly declared the film festival open. The first event of the 3-days cinema exhibition closed after a photo session. HIFF 2021 will be held at NTT Cred Hall and Hiroshima City Cinematographic and Audio-Visual Library for three days until Sunday, November 21st. 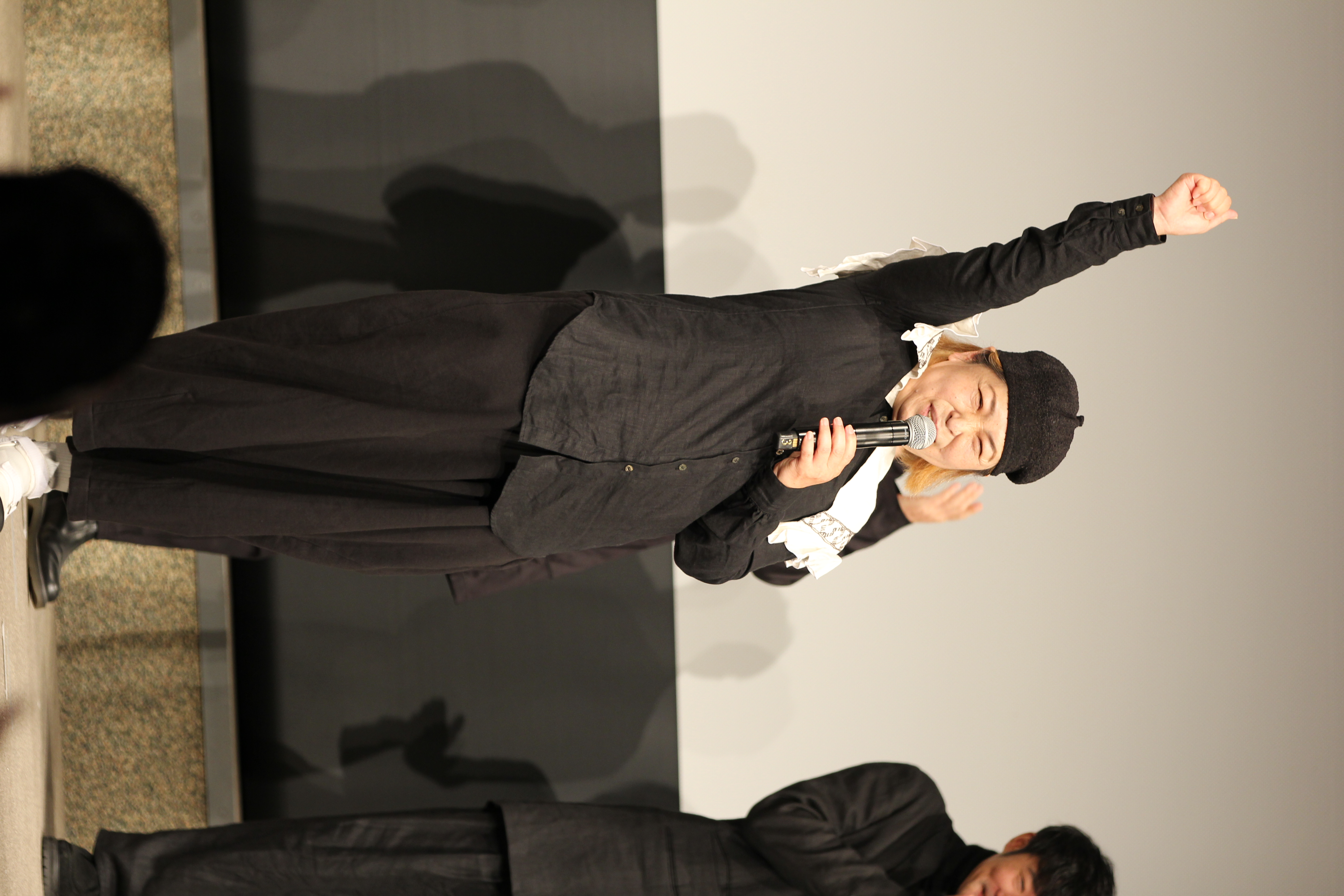 « “HIFF is a place like home,” said Dir. Fujii as he smiledA Flower arrangement offering was held peacefully with deep respect »