A Flower arrangement offering was held peacefully with deep respect

A flower dedication ceremony was held at Peace Memorial Park at 9:00 am on Friday, November 19, 2021. Dir. Hiroshi Kurosaki, Dir. Michihito Fujii, Dir. Mika Kawase and Ms. Kyoko Heya, the President of Hiroshima International Film Festival participated. We took all necessary measures to prevent the spread of COVID-19, as we had last year. 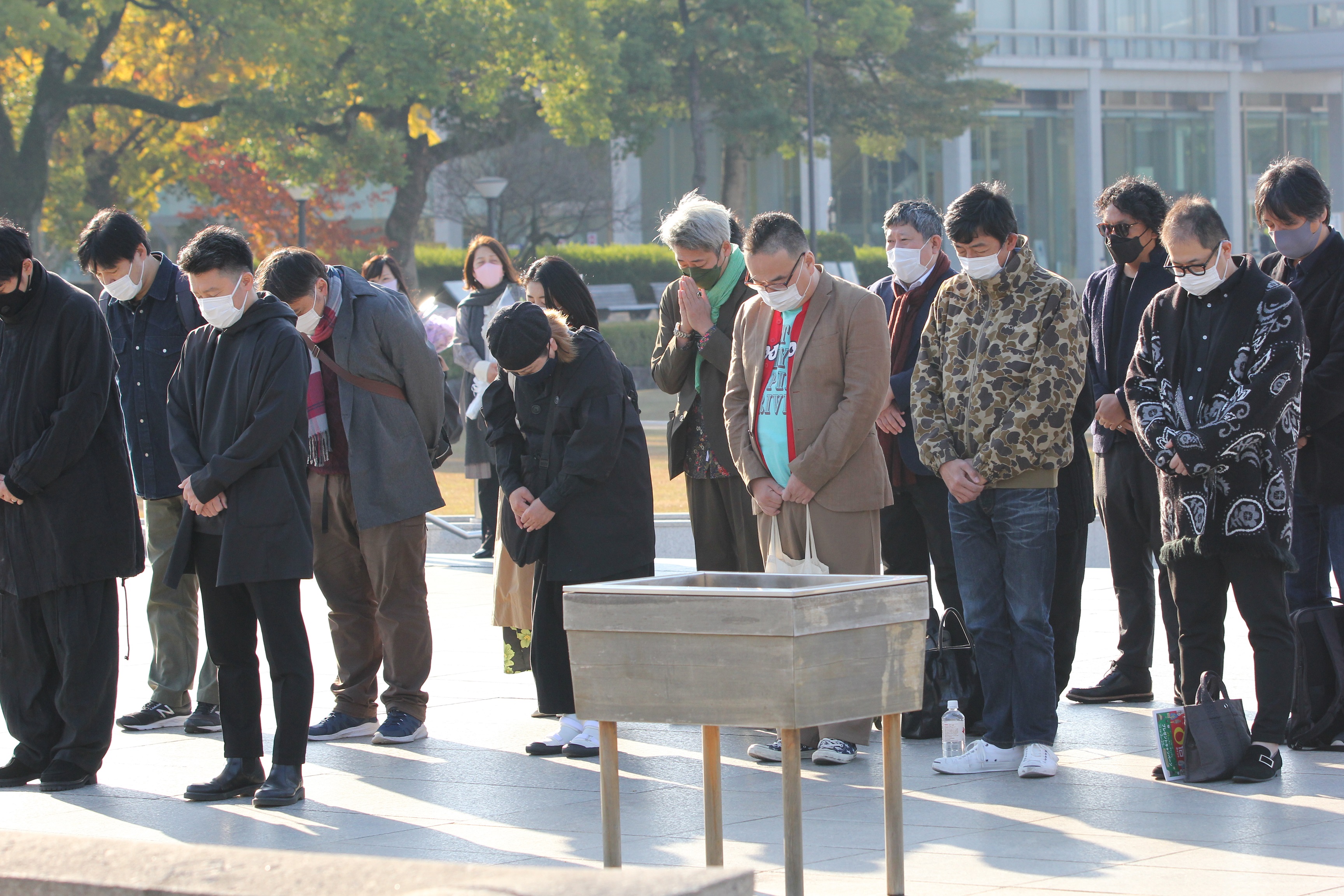 Dir. Fujii has been attending this ceremony every year since the era of “Damah Film Festival in Hiroshima.” This time is his tenth year participating in it and fifth time dedicating flowers, so he said he would like for his family to also join him to enjoy the festival. For Dir. Fujii, this Film Festival is the most important event that he said, “My career as a director started from here.” He also has strong feelings for the International Film Festival, which was canceled due to COVID-19 and hopes for the restart of it. 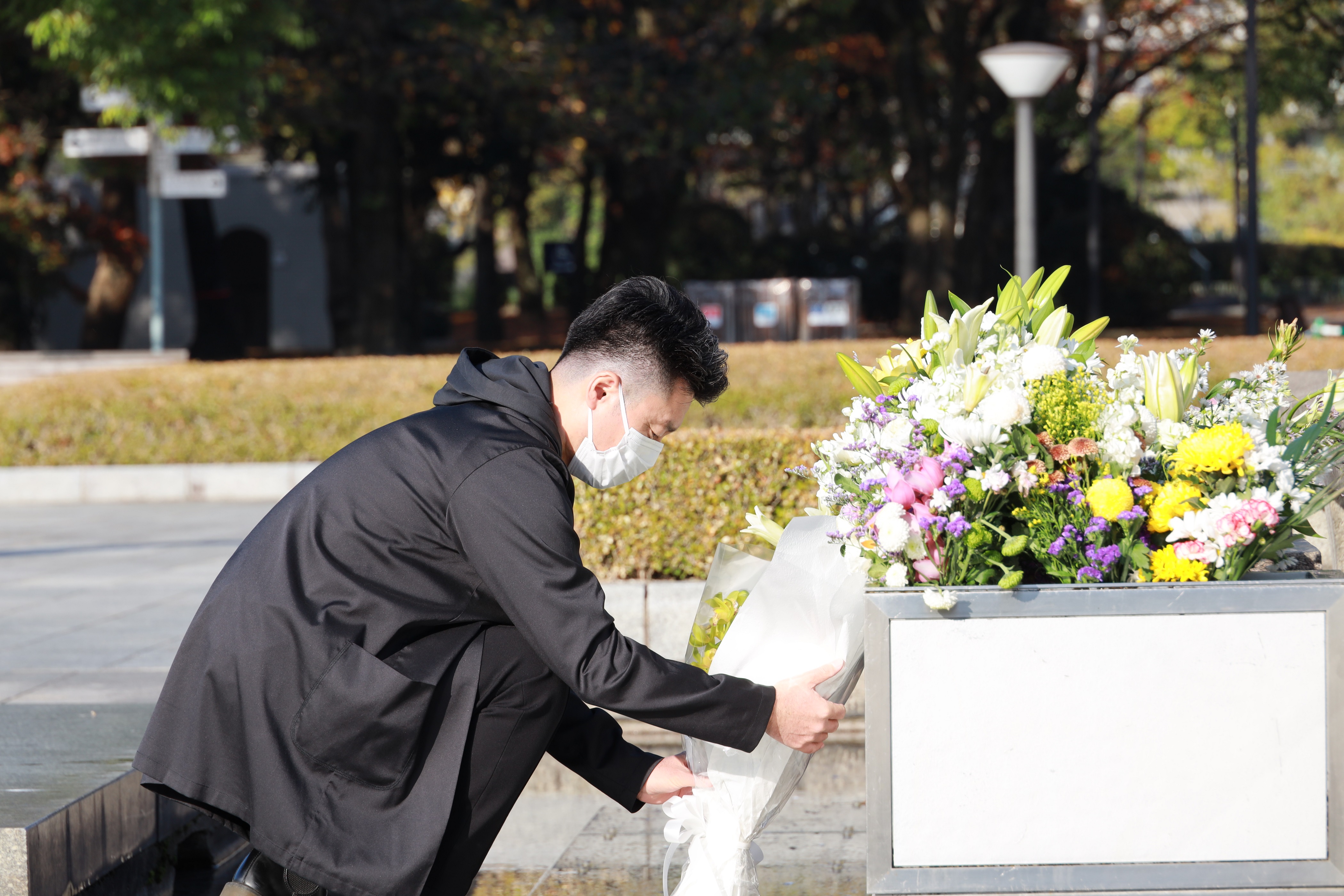 The Hiroshima International Film Festival 2021 begins today and continues until November 21st at NTT CRED Hall, Hiroshima City Cinematographic and Audio-Visual Library, and Yokogawa Cinema. We still have to refrain from going outside, but we wish this festival could brighten up your daily lives from Hiroshima, the symbol of revival and hope. We are sincerely waiting for your visit. 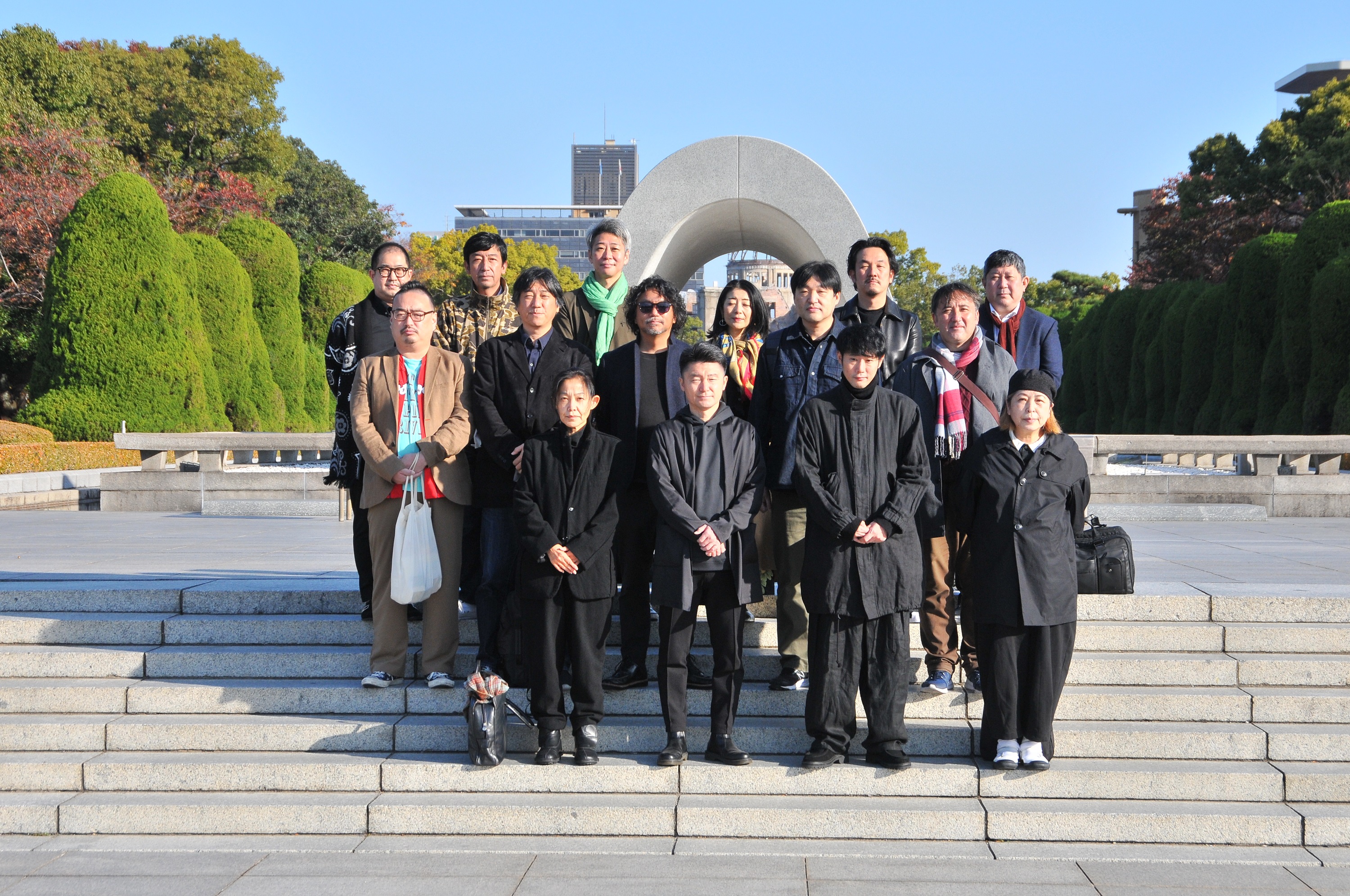